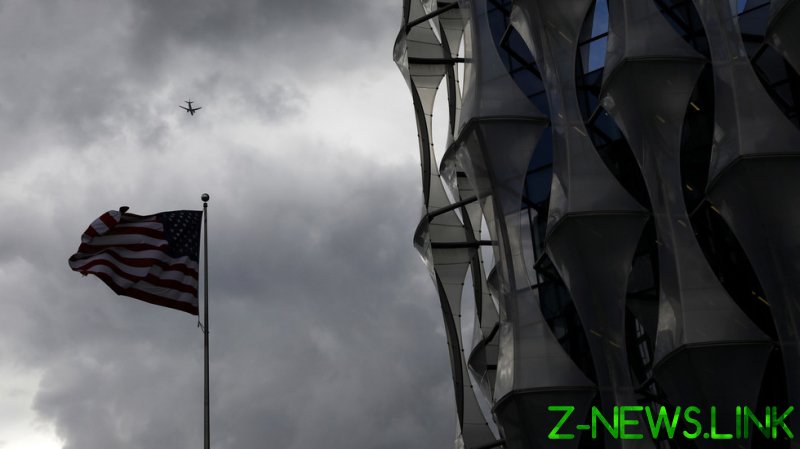 The “suspected directed-energy incidents” that have allegedly afflicted US diplomats and spies around the world may have been the work of “Russia’s military intelligence unit, the GRU,” Politico claimed on Monday, citing “three current and former officials with direct knowledge of the discussions.”

Both the CIA and the State Department are looking into the alleged attacks, but “all 18 federal intelligence agencies” are now focusing on the GRU’s “potential involvement” according to one anonymous congressional official. That makes it highly likely the source is someone from the office of House Intelligence Committee chair Adam Schiff (D-California), best known as the promoter of the conspiracy theory that Russia “hacked our democracy” in 2016.

They produced an assessment that the alleged meddling was “consistent with the methods and motivations” they attributed to Moscow.  Compare that to Politico quoting one former national security official, who said it “looks, smells and feels like the GRU.”

“When you are looking at the landscape, there are very few people who are willing, capable and have the technology. It’s pretty simple forensics,” said the anonymous former official, somehow supposedly still in the loop.

Another former official said that Israel and China may also have the technology, but not a presence in all the locations of the alleged incidents, or desire to attack Americans. But Russia does? Again, no evidence, or even explanation what any of this is supposed to be based on.

Politico’s sources also admitted no specific weapon was identified, but that didn’t stop them from speculating about a device that could fit into a car or a large backpack, capable of targeting an individual from 500 to 1,000 yards away. Does any such weapon actually exist?

Now that the KGB is no more, US propagandists love pointing the finger at GRU – which hasn’t been known under that name for a decade, by the way. The agency has been accused of everything and anything – without evidence – from hacking the emails of Hillary Clinton’s campaign manager John Podesta and running WikiLeaks in 2016, to paying “bounties” to the Taliban to kill US troops in Afghanistan.

The “Russian bounties” story – likewise based on anonymous sources – emerged just in time to derail President Donald Trump’s plan to withdraw from Afghanistan by the end of 2020, and give then-candidate Joe Biden ammunition to call Trump unpatriotic. After Biden was installed in the White House and announced that he would withdraw from Afghanistan, the “bounties” story was downgraded to “low confidence” and quietly dropped.

Politico’s bombshell speculation was picked up and parroted just as quickly and uncritically as the bounties story had been. In doing so, outlets around the world ignored the publication’s warning earlier in the day that the White House communications team handles all the quotes emanating from administration officials.

While Biden campaigned on “following the science” – a phrase the 78-year-old is fond of repeating in speeches – that commitment seems entirely absent from discussions of the alleged sonic incidents. Back in January 2019, a US Berkeley scientist said he had analyzed the recordings of the “attacks” published by AP and identified them as the chirping of the Indies short-tailed cricket.