Useful for prevention of influenzal disease

Due to the increasing in China and other countries of the world the next epidemic the next latter-day kind of flu would like to share with respected by visitors of the website is very good , simple and proven over several years of practice prevention of influenza disease . It is based on published in the press the opinion of the professional doctors and therefore at least does not hurt anyone acquainted with her person . The essence of this prevention is that , as specialists , the typical flu virus for a full introduction into the human body through its mucous coat ( nose and eyes ) should be at least five hours . So if it possible to take timely protective measures , potentially dangerous virus will be simply unable to provide the person any harm . These measures consist of the following : regular every five hours washing the inner surface of the nostrils ordinary soap and water ( after a preliminary wash with soap and water hands , of course ) , wash with soap and water person with a condition that a soapy solution will get to the closed eyes and slightly PINCHED them ! In addition, when leaving the house on the street , in public transport and work it is recommended to slightly lubricate the nostrils from the inside OXOLINIC ointment or its more modern counterparts . This ointment baselinearray thanks to its consistency does not allow trapped inside the nose flu virus to settle it on its mucous surface . Prevention should be carried out daily until , until the end of the epidemic !
All good health !

Note : the author decided to write this note because a typical virus protection in the form of recommended fabric facial mask actually PROTECTS one of the important possible ways of their penetration – the mucous membrane of the eyes ! This method is referred to as a lack of prevention largely eliminates ! In case of risk of prolonging the epidemic is very useful to wear when going outside in crowded places a special plastic safety glasses that are sold in regular stores working overalls . The last of their copies , which had in any case to purchase the author , a very nice , lightweight , practical and comfortable to wear . In the case of low-class antivirus protection available cheap facial masks ( professionals even recommend to use instead of them just enough high-quality options for protective respirators ) , or even in the complete absence of the latter , it may make sense to periodically rinse your mouth with ethyl alcohol solution , such as vodka in that case that person had in suspicious places with anyone verbally communicate . For this reason, it is recommended to refrain from outdoor Smoking , because to provide sanitary cleanliness find there dirty hands of cigarettes almost impossible .

Note 2 : this article’s author later FULLY confirmed the material contained in the articles of the weekly newspaper “Komsomolskaya Pravda” – “the fat lady” – “the Chinese Outbreak of the killer virus will fade away itself in the course of the year” and ” the Virus does not like warm weather . The main thing – to hold on to summer ” , which contains interviews with prominent Russian microbiologists , Colonel of medical service, and doctor of Sciences respectively . The clarification of a very difficult situation in Italy , this article for a long time living there a Russian newspaper reporter in its publication “Why most cases in Italy” . Will be interesting and more recent article from the pages of the weekly ” AIF ” : “Valentines Day quarantine” , which contains interviews with the chair of the scientific community therapists Vorobyov , “Help mask” , based on the opinion of Professor of Department of hospital therapy , MD Yakovlev , “Infectious insights” about the situation in foreign countries of the journalist Georgy Zotov . Anyone can read them online by themselves .

Note 3 ( taken from web pages ) :
* A virus is not a living organism, and the protein molecule (RNA), covered with a protective layer of lipid (fat), which when absorbed by the mucosal cells of the eyes, nose or cheeks, change its genetic code (mutates) into proliferating cells are aggressors.
* Since the virus is not a living organism, and the protein molecule, it does not die, and decompose by itself. The decay time depends on 1) temperature, 2) humidity and 3) the type of material in/on which it is located.
* The virus is very fragile; the only thing that protects him is the thin outer layer of fat. That is why any SOAP or detergent is the best way, because the foam BREAKS down FAT (that’s why you should razmenivat soap for so long: for 20 seconds or more to make a lot of foam). After dissolving the top layer of fat, protein molecule itself, decomposes and splits.
* HEAT heats the fat; That’s why it’s so good to use water above 25 degrees Celsius for washing HANDS, CLOTHES and everything else. Also, hot water makes more foam, and this makes it even more effective.
* Alcohol or any mixture of alcohol, more than 65% dissolve any fat, especially the outer lipid layer of the virus.
* Any mixture with 1 part BLEACH and 5 parts water directly dissolves protein and breaks it down from the inside.
* HYDROGEN PEROXIDE on the effectiveness of after soap -, alcohol-and chlorine because the hydrogen peroxide also dissolves the viral protein, but it should be used in its pure form, but it harms your skin.
* BACTERICIDES do NOT help. The virus is not a living organism, such as bacteria and cannot be killed with antibiotics.
* NEVER SHAKE the used or unused clothing, bed sheets or fabric. Despite the fact that the virus is adhered to the porous surface, it is very inert and breaks down for 3 hours (on fabric and porous surfaces), 4 hours (on copper , which itself is an antiseptic, and wood, because it pulls the moisture and does not flake off and share), 24 hours (on cardboard), 42 hours (on the metal) and 72 hours (on the plastic). But if you shake the material or use a brush, the molecules of the virus FLOATING in the air up to 3 hours and may settle on the mucous membrane of your nose, etc.
* Molecules of the virus are very STABLE under external or artificial COLD, including those created by air conditioning in homes, cars etc. They also need moisture to remain stable, especially in the dark. Consequently, a DRY, WARM and LIGHT-filled environment will destroy them faster.
* UV light on any surface cleaves the viral protein. For example, for the disinfection and reuse of the mask and it was perfect. Be careful, because it also breaks down skin collagen (which is protein), which ultimately causes wrinkles and even skin cancer.
* The virus cannot pass through healthy skin.
* Vinegar is NOT effective because it does not destroy the protective layer of fat.
* NOT effective no SPIRITS, no VODKA. Their alcohol less than 65%.
* LISTERINE – Yes! It is 65% alcohol.
* The more LIMITED the space, the MORE concentration of the virus. The more the space is OPEN or naturally VENTILATED, the less virus!
* 100 times told, but let’s say it again: you should wash your hands BEFORE and AFTER touching mucous membranes, face, food, locks, knobs, switches, keypads, phone, watches, computers, tables, televisions, buttons, money, keys, keychain, wallets, etc. Before and after using the toilet (where your mucous membranes are also exposed to danger). Molecules of the virus can hide in the cracks in the hands, which misses the water when washing. Use humidifiers. The thicker the MOISTURIZER, the better. Also get rid of long nails, there may be hiding a virus!
( Information provided by the Johns Hopkins University. )

Note 4 ( taken from Internet article of an information publication “New news” – “a Hack for the sick : what to do if unavailable , the ventilator” ) :
Physiotherapists suggest the good old method that was used to create the devices for artificial pulmonary ventilation .
One of the main problems faced by physicians around the world during a pandemic, this lack of the ventilator for the treatment of severe cases. However, in this case you can resort to the old medical practice of drainage of mucus from the lungs, experts advise .
If you have pulmonary symptoms coronavirus pneumonia, can be lethal damage from exudate (mucous fills the lungs) or the cytokine storm (the body reacts excessively with a large effusion). Many years ago, physical therapists successfully treated with this method, PD – Postural drainage .
This is when the patient is turned over the BAR or lying on an INCLINED surface to tilt the lungs and bronchial tubes upside down. The mucus begins to flow, and will be able to cough. You can also add rhythmic pats on the back in the lung area, it also promotes the discharge of mucus.
It’s easy to do yourself and your family members. Just lie down in the desired position and let the mucus to flow , helping breathing techniques , which emphasize the full , long breath in through your nose and then exhale through his teeth , long and straight, then clear my throat. Also one of the easiest ways is to lie on a LARGE TRAINING BALL .
Start as soon as you feel that lungs are filled with mucus . Don’t expect those until you are so sick that you begin to suffocate . Enough 20 to 30 minutes several times a day , but it is especially important to do this in the morning (during the night going to a lot of mucus).
PD was doing in the nursing home in the U.S. state of Vermont during the flu epidemic of 1976 for regular patients . They have not lost anyone , while other nursing homes lost tens of lives !..

Note 5 ( based on the opinion of a doctor who had personal experience of coronavirus ) : during the onset of the epidemic of the coronavirus is very useful prophylactically to train inflating the lungs several times a day for five minutes ordinary balloons . This exercise will help to reduce the negative impact of the disease on the body , if the disease , including those requiring serious hospitalization , still held . In the absence of a hand of balloons you can replace them by blowing air bubbles through a tube with diameter 1 – 2 cm and a suitable length , put in a bucket of water , and the lower down in the water tube , the greater training load on the lungs . 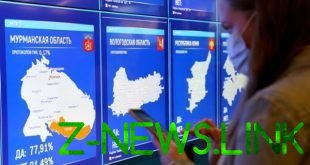