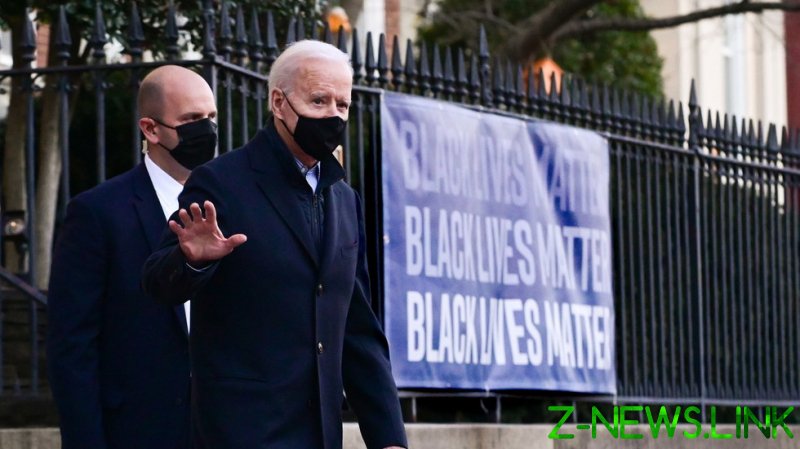 The $1.9 trillion stimulus package that was passed on Saturday in a party-line vote by the US Senate would allow for billions of dollars to be spent on abortion. Democrats rejected a Republican effort to include the Hyde Amendment, as in previous Covid-19 relief bills, breaking with a 44-year-old policy of giving pro-life taxpayers the solace of knowing their tax dollars weren’t spent on abortion.

“We feel used and betrayed and have no intention of simply watching these kinds of efforts happen from the sidelines,” the Pro-Life Evangelicals for Biden group said on Saturday in an open letter. “Many evangelicals and Catholics took risks to support Biden publicly. President Biden and Democrats need to honor their courage.”

The group added that it publicly supported Biden with the understanding that he would “engage with” pro-life supporters on abortion issues, particularly any deviation from the Hyde Amendment.

“The Biden team wanted to talk to us during the campaign to gain our support, and we gave it on the condition there would be active dialogue and common-ground solutions on the issue of abortion,” the group said. “There has been no dialogue since the campaign.”

The Washington Post and other mainstream media outlets touted Biden’s successes in gaining support from evangelicals and Catholics as an indication that former President Donald Trump was losing his grip on white Christian voters. As it turned out, those assessments were at least partially correct, as a New York Times exit poll showed that Trump’s nationwide support from evangelicals dropped from 81 percent in 2016 to 76 percent in 2020, a shift that gained Biden four million more evangelical votes than previous Democrat presidential nominee Hillary Clinton.

“We agree with Evangelicals for Biden that Hyde should be applied to the Covid-19 bill and are calling on House Democrats to add it,” Democrats for Life said Saturday on Twitter.

Pro-Life Evangelicals for Biden also urged House Democrats to amend the Covid-19 bill with Hyde Amendment protection against abortion funding before passing the legislation. “If this is not done, it will raise the question of whether or not we are still welcome in the Democratic Party,” the group said.

MSNBC host Joy Reid suggested that the $1,400 stimulus checks included in the bill should assuage such concerns. “So y’all are not accepting the checks, then?” she tweeted.

Other observers essentially said, “I told you so,” arguing that pro-life voters who turned to a pro-abortion candidate because of their hatred for Trump should have known better. “You voted for a blatant abortionist,” one commenter said. “Sit down.”

Another Twitter user quipped, “Pro-Life Evangelicals for Biden? Jesus weeps at the thought.” Still another added, “They can join the union workers that voted for Biden only to have him kill the pipeline and thousands of union jobs.”