Home / WORLD / Use of tough sanctions against Russia amounts to ‘war,’ but neither Washington nor Brussels prepared for battle, says Rostec CEO

Use of tough sanctions against Russia amounts to ‘war,’ but neither Washington nor Brussels prepared for battle, says Rostec CEO 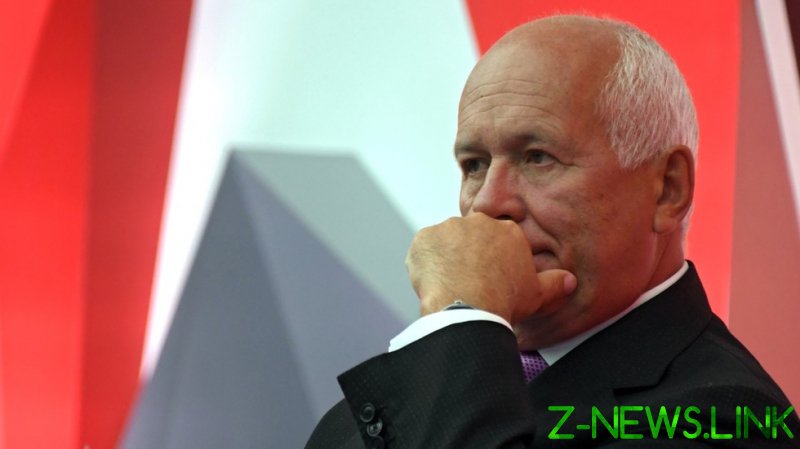 Speaking to business daily RBK, Sergey Chemezov said the current sanctions against Russia “definitely cannot be called soft,” noting that they have certainly had an effect on the economy.

“They have done everything possible to make life difficult. Very tough sanctions are, in fact, war. And we must be, of course, prepared for [war],” he explained.

Chemezov, who formerly served in the Russian Presidential Administration and now sits on the board of many large companies like Aeroflot, Rosneft and Nornickel, has been the CEO of Rostec since 2007. Rostec is Russia’s leading state-owned technology corporation and has plowed money in hundreds of companies, including those that produce airplanes, tanks and guns, as well as radio equipment and trucks.

According to Chemezov, despite the imposition of strong sanctions being analogous to a declaration of war, both the US and European Union are not ready for any form of conflict. “Especially the Europeans,” he said, noting that the EU’s economy has much closer ties to Russia, whereas the volume of trade between Washington and Moscow is relatively small.

“There is great mutual interest between Russia and [the rest of] Europe,” he explained. “Because of sanctions, they are deprived of our market, of the possibility of selling their products in Russia, of participating in modern projects. Of course, the Europeans are not thrilled about this.”

However, Chemezov placed the blame squarely on the shoulders of Washington for the deterioration of the relationship between Moscow and Brussels.

“The influence of the Americans on the Europeans is still quite strong,” he said. “They will do everything to keep the European [Union] countries in their orbit.”

In April this year, the US imposed new sanctions on Russia, accusing Moscow of trying to undermine democratic elections and supporting the colossal SolarWinds cyber-espionage case, which Washington claims was directed by the Kremlin, an allegation which it denies. In particular, the new measures banned American companies from directly buying shares in Russia’s national debt.

The April round of sanctions came after measures imposed in March, aimed at several Russian officials who Washington claimed were behind the jailing of opposition figure Alexey Navalny. The US also announced an expansion of restrictions on exports to Russia, in particular targeting defense-related items.