Home / business / USA vs HUAWEI — mutual accusations of espionage or just a business?

USA vs HUAWEI — mutual accusations of espionage or just a business? 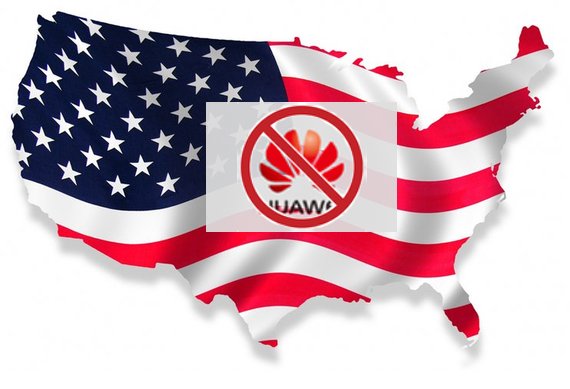 If at the end of 2018 in a trade war the US and China first looked the obvious favorite, and the celestial rather snapped at an American company, the exhibition in Barcelona, everything changed. The only question is — will it be possible to make this attack effective.

A new round and at least a good and daring impact can be considered speech, the Pina Executive Director of Huawei — mobile world Congress – the largest exhibition in the industry. In it he responded to the accusations of espionage, calling their reaction to the NSA (national security Agency) of the United States on the failure of Huawei to provide them with access to their devices and thus to continue the international surveillance and listening interest to them.

In the speech, the Pin several times referred to the scandal surrounding former NSA employee Edward Snowden that erupted in 2013 when worldwide evidence was provided to the international surveillance by the United States, including the wiretapping of European leaders, violating a number of international rights provisions.

He said today the accusations of espionage are without evidence, and panicked the US regarding the uniqueness of the developments in cellular networks 5 th generation (5G), through which Huawei is actively moving towards becoming, if not a monopoly, then at least one of the main suppliers of equipment for the deployment of these networks. And the logic of the Directors of the company, since they are denied access to their networks and devices the NSA, the United States extremely profitable, to make this recalcitrant company to control the mobile network and cut off the opportunity for further espionage.

“If the United States will be able to prevent Huawei’s 5G network around the world, portraying the company as security threats, they will still be able to spy on everyone. In addition, America directly wins if it manages to crush the company, which prevents its digital dominance,” said Guo Ping.

See also:  In the West of Ukraine declared a storm warning

It is odd that this statement was not affected by the financial aspect of the situation. On the one hand Huawei are not just is a leader in equipment for 5G networks, as invested for a few years, billions of dollars in their development and the various studies associated with them. And if the US and partners will refuse to allow the Chinese to contracts for the creation of these networks, the attachments will not work “to beat off” as planned. No, in principle, enough for China, India and other countries who will not submit to the opinion of the United States. But the terms of return of investment will increase.

The second part of this issue is that Huawei is in the United States, Australia and Europe (the regions where it supported the concerns about espionage) to establish the network of the fifth generation will have some other company. And again, the contract is not one billion dollars. So it’s also quite an important point, which could and should highlight.

From the point of view of protecting the reputation of your company and purely a PR component, the Pin acts quite competently. It is noteworthy that the statement was made in Europe and not in USA at the hearings or in the media. All directly on the textbook, particularly at the behest of one of the classics of systems of management of L. Ron Hubbard for such situations: “find a safe place and speak”.

However, does this performance issue in General? No. And it is not even about put forward formally charged with espionage, but even the reparations this statement though, and much better than silence and looks interesting the answer, the subject matter does not change. If the allegations are supported by something more than abstract statements about the “available evidence” and articles in Bloomberg, which have denied all these in her company, then it will end quite clearly.

With all paranoidalnami of US intelligence (though any special services) and their contempt for the rights of citizens even in their own countries (not to mention some sort of aliens), their logic regarding Huawei clear. If a Chinese company with participation of state capital will control a significant portion of the cellular networks and the Internet, where is the guarantee that there will be surveillance from the side of China?

So as a result of the attack, the pin can be read out attracting the attention of the international community, which can reduce the degree of outrage of the American security forces and make the process more impartial. But no more.

Now you only have to observe how lead US to understand how the rights of Th Pin. After all, if it is really the NSA and “national interest”, is really the problem. The same Iraq and Libya show how the rights and freedoms of concern to the intelligence agencies and the US government, when it comes to Finance or politics.