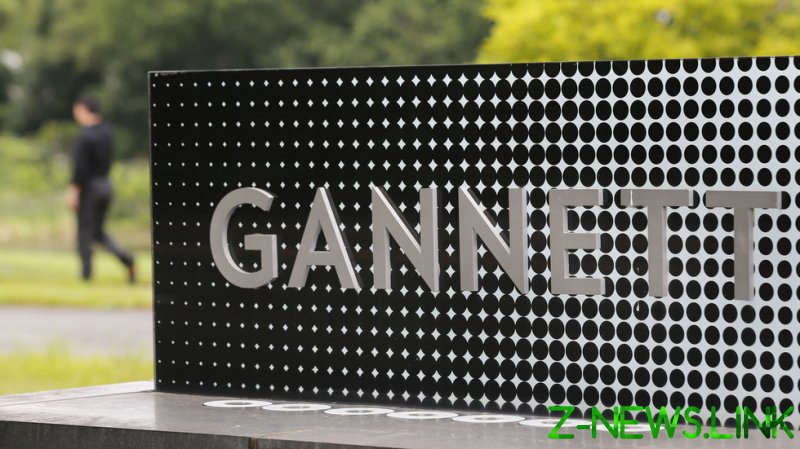 Gannett is the largest newspaper publisher in America by daily circulation and owns USA Today, as well as some of the largest regional papers, including the Indianapolis Star and the Detroit Free Press. The group recently dropped the comic strip Mallard Fillmore, it was confirmed to the Washington Times.

“We made a decision last month to discontinue the Mallard Fillmore comic strip in our newspapers because a review of the recent work showed it did not meet our standards,” Amalie Nash, senior vice president of local news at USA Today Network, said.

Some newspapers owned by Gannett, such as the Sarasota Herald-Tribune and The Record, previously announced that they will no longer publish the comic strip on their pages, but the new report confirms it was the publisher’s decision to axe it.

Nash denied that Mallard Fillmore was banned for political reasons, and particularly for attacking President Joe Biden, saying: “We value and publish work that showcases perspectives across the political spectrum.” This was in response to how the creator of the comic strip, Bruce Tinsley, described his perspective on the cancelation.

Tinsley said that on Monday he was informed by King Features, the company syndicating Mallard Fillmore, that Gannett pulled the comic over two cartoons from mid-February which were critical of Biden’s executive order on gender discrimination. The wording in the order that “children should be able to learn without worrying about whether they will be denied access to the restroom, the locker room, or school sports,” was taken by many conservatives as paving the way for mandating access for trans females to compete in women’s sports.

The two Mallard Fillmore strips both showed Biden musing over his move. In one, the president congratulated himself on ending “segregation” – e.i. restricting women’s sports to women only – and in the other he said he was helping “transgender athletes beat the **** out of biological females.”

King Features executives “explicitly told me that the two comics in question were the reason for the cancellations,” Tinsley told the Washington Times. “They further said that Gannett’s objection was not to the cartoons’ being ‘anti-Biden,’ but that they thought they were insensitive to transgender athletes who compete against biologically female ones.”

The writer said his comic strip had been occasionally cancelled by individual papers, but Gannett’s blanket ban was “unprecedented.”

Mallard Fillmore has existed since 1994 and follows the eponymous character, an anthropomorphic duck, who is an outspoken conservative reporter and commentator. Many left critics loathe it, with one characterization calling it “a reliable kick to the liberal groin that gets us into fighting form every morning.”

The attitude was exemplified in a parody strip made for the 2004 book ‘America’, which was written by the staff of ‘The Daily Show’. It shows Mallard Fillmore delivering a conservative talking point before saying: “Ooops! I forgot to tell a joke!”

Gannett is hardly unique in axing political satire to protect the feelings of its readers. The New York Times, for example, decided in 2019 against publishing political cartoons at all, after a comic strip criticizing the Israeli influence on then-President Donald Trump was deemed anti-Semitic by critics.