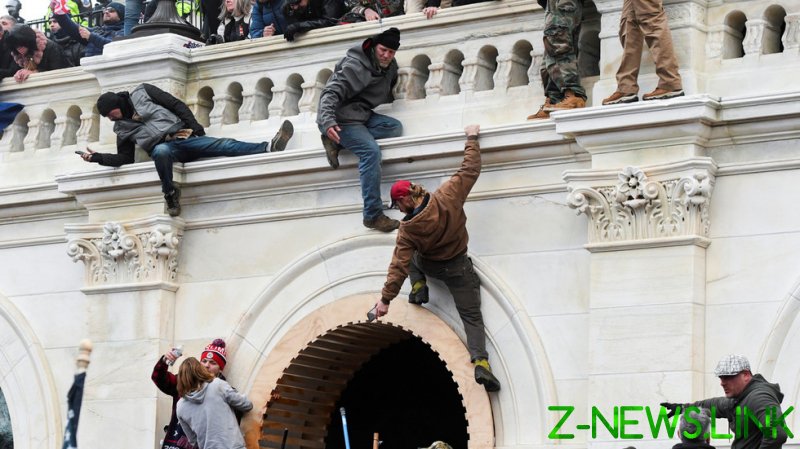 The paper said knowing the identities of those who stormed the US legislature on Wednesday will help them “report this important story.”

Considering the amount of anger that the Capitol invasion provoked, it’s no surprise that USA Today’s call was answered by many people. Some readily provided names and other details about the rioters, while others pointed to people they suspected of being involved.

Quite a few of the tips were just links to reports by other major media outlets, while some replies seemed to gloat about the repercussions that the Trump supporters will now presumably face.

Others came up with suggestions how one could identify the suspects – that is if they had privileged access to protected information like hotel reservations.

A handful of commenters seemed really troubled by USA Today’s inquiry. “Since when do journalists conduct police work?” one wondered. Another said it showed the “merger between press and state” in the US.

Plenty questioned why the newspaper was so eager to learn the identities of the people who broke into the Capitol building, as they point out, it’s hardly the only property damaged during mass protests lately.

And some tips will probably not help any investigation, since they focused on individuals that are long dead and only appeared in images picked by USA Today courtesy of their historic significance.