USA thinking to create a new Alliance with Saudi Arabia 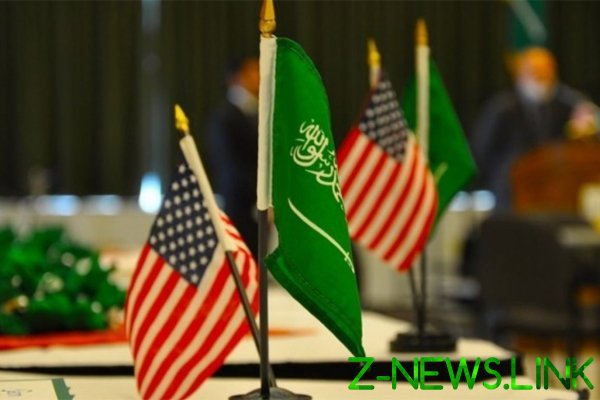 USA saw his chance in the differences of the Alliance partners OPEC+. As the newspaper writes The Wall Street Journal, the Washington may offer Saudi Arabia a new Alliance, and for OPEC it would end badly.

Currently, according to the newspaper, officials from the U.S. Department of energy convincing the administration of President Donald trump to join with Saudi Arabia to control oil prices. It is expected that this decision will allow to avoid serious collapses in oil prices, and can also weaken the partnership between Saudi Arabia and Russia. According to the newspaper, this can lead to the release of the Kingdom from the OPEC.

It is noted that there are several options for the oil Union, one of which involves the use of national oil reserves. According to the newspaper, the plan being discussed in the Ministry but not yet approved neither his leadership nor the White house.

Meanwhile, Saudi Arabia has won the first battle in price war with Russia. According to Reuters, for the second week the EU refuses to tanker deliveries of oil from Russia. The reason that the Kingdom has offered the Europeans their oil at a discount to Brent 10.25 dollar per barrel.

“Everyone will try to buy from Saudis,” – said the Agency one of the European traders. “Buyers will seek to minimize the volume of Urals, because they know they’re going to Saudi barrels. The prices are so low that it is much more profitable,” added another source to Reuters.

However, Saudi oil will not come before mid-April. So at the moment the old contracts for the supply of Russian raw materials will be implemented. However, the problems of the Russian oil companies have arisen not only in Europe.

Saudi Arabia begins to press Russia on the Chinese market

Chinese state-owned petrochemical company Sinochem refused to buy “Rosneft”. In the procurement of crude oil for the refinery in Guangzhou Sinochem made a tender to the Russian state-owned company was excluded from possible suppliers.

According to one of the document’s requirements, the company must not be under US sanctions. And against Rosneft and TNK Trading Trading (traders a subsidiary of Rosneft) Washington imposed sanctions on the trade of Venezuelan oil.

Reuters says that the US and Saudi Arabia want to punish Russia, and even China now will not be able to help her. China wants to replace on Urals Arab Light, since Saudi Aramco will sell China its raw materials at a discount to Brent of $ 6 per barrel.

Riyadh can afford it. The cost of Saudi oil is $ 10 per barrel at existing wells, and $ 17 on the new fields. While Russia needs a price of $ 25 per barrel, to maintain the level of oil production.

And a comfortable price range, according to Deputy Minister of energy Pavel Sorokin begins with a 28.96 USD per barrel. If Russia will reduce the prices for the European market, the ruble will fall to 84 rubles per dollar.