Home / WORLD / USA plans to strengthen the offensive against the Taliban

USA plans to strengthen the offensive against the Taliban 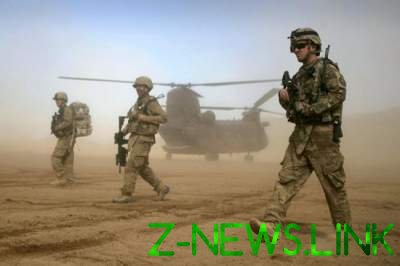 USA in the 2018 plan to focus on offensive operations in Afghanistan against the radical group, the Taliban, training Afghan military and changing the course of military operations in the country in the direction of the coalition.

The General said, Afghan armed forces (AF) “should constantly increase the pressure.” This can help the arrival of new military instructors from the USA, which will operate together with units of the Afghan armed forces and to be close to the front line, the head of CENTCOM.

Votel said that when the coalition will strengthen the air forces of Afghanistan and to train the security forces, Afghans will fight much better. “As they enter the next battle, they will be able to provide a substantial offensive potential”, — quotes Agency the words of the General.

The situation in Afghanistan is complicated by the activities of the radical group “Islamic state” have seized significant territory in rural areas of the country previously launched a major offensive against the city. Also, the country has increased the influence of ISIS (a terrorist group banned in Russia).

See also:  Because of the sanctions, Russia could lose a contract for $5.5 billion

In August, the President of the United States Donald trump announced the new us strategy in Afghanistan. He refused to talk about the military aspects of the strategy, but made it clear that a rapid withdrawal of troops from Afghanistan will not.