Home / WORLD / USA asked about the talks between Putin and trump

USA asked about the talks between Putin and trump 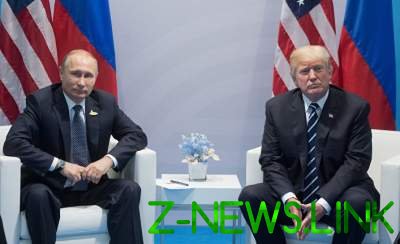 Earlier, Washington did not admit the possibility of the meeting of the presidents of the two countries.

The United States suddenly asked Russia about the meeting at the highest level.

The publication notes that previously, Washington did not admit the possibility of the meeting of the presidents of the two countries, while Moscow will not let go of detainees in the area of the Kerch Strait, the Ukrainian sailors will return to Kiev ships.

Deputy foreign Minister of Russia Sergey Ryabkov on may 13 admitted that at the meeting of foreign Ministers of Russia and the USA Sergey Lavrov and Mike Pompeo in Sochi on may 14 will be discussed on the summit the Russian and us presidents Vladimir Putin and Donald trump in the G20 in Osaka Japanese.

Earlier it became known that Secretary of state Mike Pompeo will cancel a visit to Moscow, but will meet with Russian President Vladimir Putin and foreign Minister Sergei Lavrov, as planned, in Sochi on may 14.