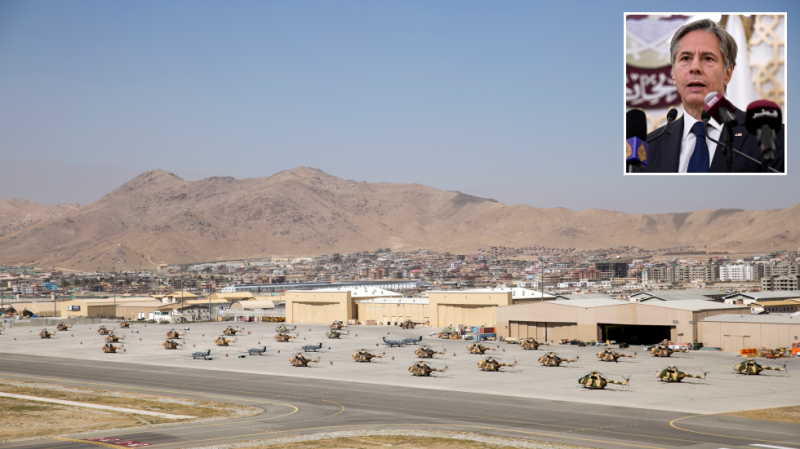 Speaking at a news conference in Qatar on Tuesday, Blinken said the US has been communicating with the Taliban to secure agreements for more charter flights to leave safely. He vowed to hold the Taliban to their promise that all those with travel documents wanting to leave the country would be able to do so with no complication. Some 100 American nationals were still seeking a way out of the war-ravaged country, he said.

Blinken denied claims that the Taliban had blocked people from leaving via an airport in the northern city of Mazar-i-Sharif. There had been reports that more than 1,000, including a “relatively small” number of Americans, had been stuck awaiting charter flights. The insurgent group had only denied their exit because some among them were not in possession of valid documents, he explained.

According to a statement by President Joe Biden issued on August 31, the White House estimated that there were 100 to 200 US citizens who wanted to leave. More than 120,000 people in total have so far been evacuated from Kabul.

The Taliban had originally stated that it would not accept any extension for evacuations past the August 31 deadline. However, it later assured the 100 states with foreign nationals in the country that they, and designated Afghan citizens, would “be allowed to proceed in a safe and orderly manner to points of departure and [to] travel outside the country,” as per a statement issued by London, Washington, and others just days before the cut-off.

Qatar, which hosts the largest US military base in the Gulf region, has offered significant assistance in repatriating foreign nationals. In a statement issued on August 26, Doha said it had helped evacuate more than 40,000 people, among them children, women, and journalists.