Home / WORLD / US will strike ‘at a time and place of our choosing’ after rocket attacks on bases in Iraq, Defense Secretary Austin says 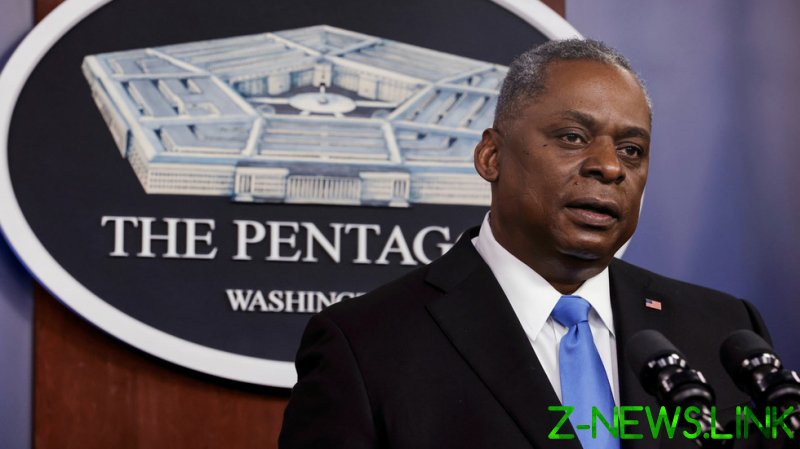 At least 10 missiles rained down on the Ain al-Asad airbase in the Iraqi province of Anbar on Wednesday, killing one US civilian contractor on the coalition base. The attack came after President Joe Biden ordered an airstrike on Iranian-backed militia targets in Syria – which was similarly said to be a response to a previous rocket attack on US targets in Iraq.

Iran’s level of control over the Shiite militias apparently responsible for the attacks is unclear, but the Pentagon is weighing its response to the latest attack with Tehran in mind, Austin told ABC News in an interview released on Sunday.

“You can expect that we will always hold people accountable for their acts,” Austin said, adding that should the US respond with force, it will do so “at a time and place of our own choosing.”

Iran, he said, should bear in mind that the US is “going to defend our troops,” adding that the Islamic Republic should “choose to do the right things.”

Tehran has accused the US of strengthening terrorism in the region by attacking the Shiite militias, who are opposed to Sunni extremist groups like Islamic State (IS, formerly ISIS). “The attack on anti-terrorist resistance forces is the beginning of a new round of organized terrorism,” Ali Shamkhani, secretary of Iran’s Supreme National Security Council, said late last month, adding that Iran would “confront the US plan to revive terrorism in the region.”

Since taking office, Biden has shown no intention of pulling US troops out of Iraq, despite promising a withdrawal more than a decade ago as vice president. While former president Donald Trump oversaw the transfer of a number of US bases to Iraqi authorities and roughly halved the number of troops in Iraq, some 2,500 still remain, with the Iraqi parliament opposed to their presence.

Clashes between these troops and the Iran-backed militias have made Biden’s stated goal of rejoining the 2015 nuclear deal with Iran a difficult one to see happening. Aside from the brewing proxy war in Syria, Iran has rejected the preconditions for a deal set by Biden.