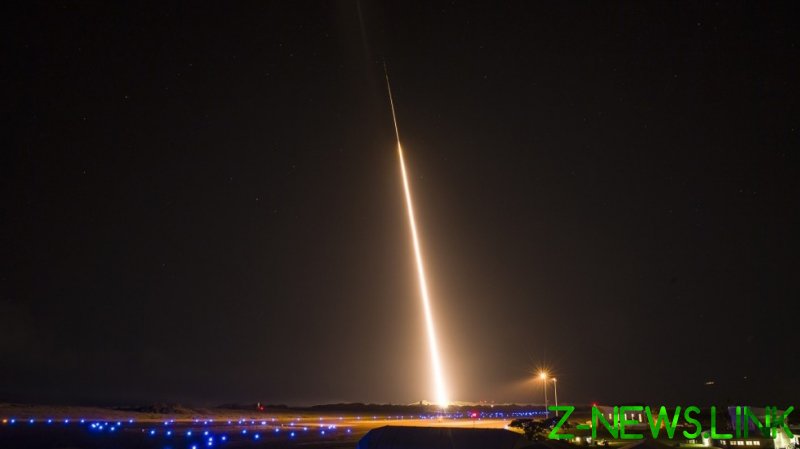 “The objective of the test was to demonstrate the capability of a ballistic missile defense (BMD)-configured Aegis ship to detect, track, engage and intercept a medium range ballistic missile target,” the US Missile Defense Agency said in a brief statement.

Earlier this week multiple media reports claimed that a Russian surveillance ship was spotted off Hawaii, just outside US territorial waters.

“US Pacific Fleet is aware of the Russian vessel operating in international waters in the vicinity of Hawaii and will continue to track it through the duration of its time here,” US Pacific Fleet spokesman Capt. John Gay said in a statement to the United States Naval Institute (USNI) News on Tuesday.

According to USNI, the Russia vessel was in the area since at least last Friday, operating west of the island of Kauai, which is home to the Pacific Missile Range Facility Barking Sands – the largest US missile testing range. The Honolulu Star-Advertiser even claimed that the presence of the Russian vessel had allegedly delayed one the MDA’s tests, although the allegation is hard to verify since the Pentagon rarely publicizes its tests in advance.

The US military said that the Russian ship was being tracked by multiple maritime aircraft and surface patrol vessels at all times, and was operating fully within the bounds of international law, posing no hazard to navigation. While US officials did not name the vessel, media reports and open-source intelligence analysts identified the ‘Russian spy ship’ as one of Meridian class intelligence gathering vessels, supposedly Kareliya 535, which had been retrofitted with an extensive array of new sensors back in 2017.

The Russian Defense Ministry did not comment on its alleged surveillance operation, and it was unclear if the ship was still in the area during the failed US missile defense test.