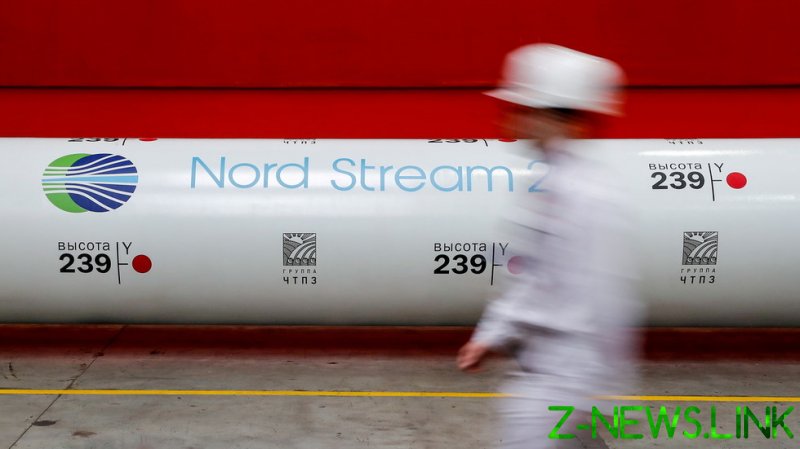 Imposing sanctions on the company and its CEO under the Protecting Europe’s Energy Security Act (PEESA) would “negatively impact US relations with Germany, the EU and other European allies and partners,” the State Department said on Wednesday.

Those relations are critical to US efforts against the Covid-19 pandemic, climate change, defending “our democracies against authoritarianism” and countering Russia, China, Iran and security of Ukraine, the State Department said.

The decision was in line with a report in Axios on Tuesday that the Biden administration intended to sanction “a handful of Russian ships” but not the German-based company or Warnig, a former East German secret agent turned investment banker.

Anonymous officials speaking to Axios said that the Biden administration had determined the only way to stop the pipeline would be to sanction German end-users of Russian gas, and that the current White House was “not willing to rupture its relationship with Germany over Nord Stream 2.”

The announcement seemed perfectly timed to coincide with the meeting between US Secretary of State Antony Blinken and his Russian counterpart Sergey Lavrov, on the sidelines of the Arctic Council meeting in Reykjavik, Iceland on Wednesday.

President Joe Biden reportedly remains committed to stopping any gas from flowing through the pipeline, though it was not immediately clear how. Nord Stream 2 is about 95% completed. Construction of the final stretch in German territorial waters has been delayed by pressure from Washington.

Anyone working on the expansion of the gas pipeline between Russia and Germany was engaging in “sanctionable behavior” under the 2019 Countering America’s Adversaries Through Sanctions Act (CAATSA) and PEESA and should “immediately” stop, Blinken had said in March. He called the pipeline “a Russian geopolitical project intended to divide Europe and weaken European energy security.”

Once completed, Nord Stream 2 would double the volume of gas already pumped via the Baltic Sea directly to Germany, bypassing Ukraine and Poland. The US has argued this would deprive Kiev of billions in transit fees, but Moscow has not signaled it intended to reduce the volume of gas currently transiting Ukraine on its way to Europe, which is greater than that of NS2.

US proposals for the EU to buy “freedom molecules” of American liquefied natural gas (LNG) have been largely dismissed as too expensive and logistically impractical.