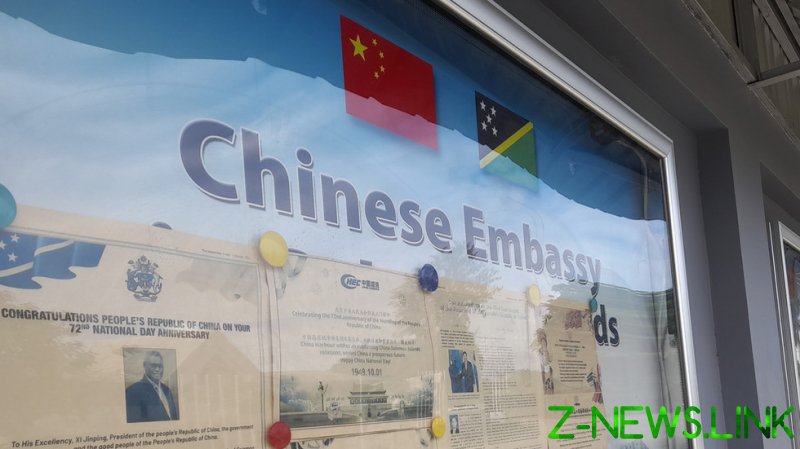 The United States said on Friday it would respond if China builds a permanent military base in the Solomon Islands, warning such a move would create “significant concerns” after the country signed a security deal with Beijing earlier this month.

Following meetings between a high-level US delegation and top officials in the Solomon Islands, the White House issued a statement outlining what was discussed during the sit-down and issuing a warning over the nation’s growing ties with China.

Though the White House said “the United States respects the right of nations to make sovereign decisions in the best interests of their people,” it added that “if steps are taken [by China] to establish a de facto permanent military presence, power-projection capabilities, or a military installation… the United States would then have significant concerns and respond accordingly.” 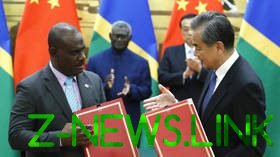 READ MORE: This tiny island nation proves that the West only believes in its own ‘spheres of influence’

In response to those concerns, Solomon Islands Prime Minister Manasseh Sogavare “reiterated his specific assurances that there would be no military base, no long-term presence, and no power projection capability,” and said the security pact with China “had solely domestic applications,” the White House continued.

Following weeks of media reports on a prospective agreement, the Chinese government announced that the security deal was signed earlier this week, claiming it would promote peace and regional stability and work in “parallel and complementary” to existing agreements with the Solomons.

Just one day earlier, Washington said it would send a delegation to the islands in an effort to persuade local officials that the US, rather than China, would “deliver prosperity, security, and peace across the Pacific Islands and the Indo-Pacific.” Their visit followed trips to other countries in the region, including Fiji and Papua New Guinea, as well as the US state of Hawaii, where the officials met with counterparts from Australia, Japan, and New Zealand.

Last week, Canberra’s Pacific minister, Zed Seselja, said the Solomons should consider rejecting the agreement with Beijing during his own visit to the islands, also citing worries over an expanded Chinese military presence, though the warning appeared to have little effect.