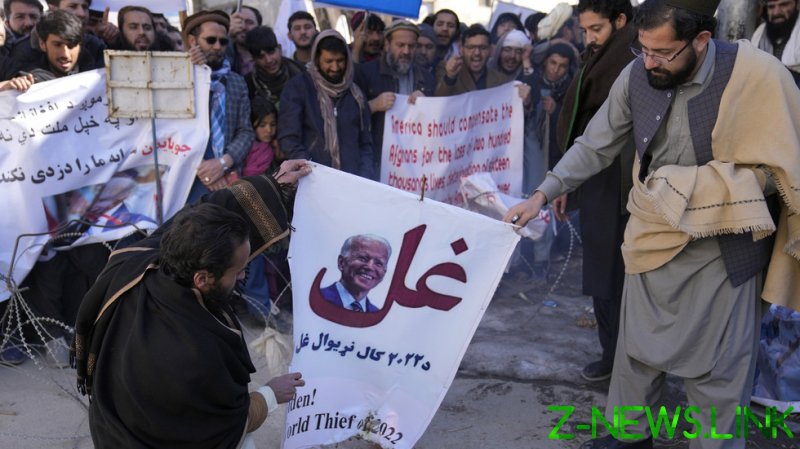 Washington should release the assets of the Afghan Central Bank it froze last year after the Taliban takeover and return them to the Afghan people, a group of more than 70 renowned economists said in an open letter on Wednesday.

The economists and academics from the US, the UK, India, France, Canada, Australia, and Brazil said they were “deeply concerned” by the “economic and humanitarian catastrophes unfolding in Afghanistan” and the role America played in “driving them.”

After the Taliban takeover in August 2021, the US blocked $7 billion in the Afghan Central Bank’s foreign exchange reserves stored at the Federal Reserve Bank of New York. Another $2 billion were frozen by the UK, Germany, the UAE and some other nations.

The frozen assets are “critical” to the functioning of the Afghan economy, including the facilitation of food and oil imports, on which the nation heavily relies, the open letter addressing President Joe Biden and US Treasury Secretary Janet Yellen said. 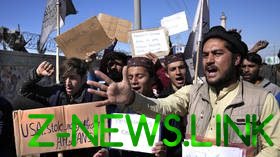 Now, around half of the Afghan population faces “acute food insecurity,” the economists warned, adding that, although there are several factors that led to the dire economic situation in Afghanistan, the asset freeze by the US and its allies “in particular has contributed mightily to Afghanistan’s economic collapse.”

The economists and academics, including the 2001 Nobel economics prize winner, Joseph Stiglitz, and the former Greek finance minister, Yanis Varoufakis, denounced the freeze as a “coercive measure” that prevents the Afghan Central Bank (DAB) from carrying out “its normal, essential functions.”

The letter also cited an assessment by the International Rescue Committee – a global humanitarian relief association founded at the request of Albert Einstein – which warned that “the current humanitarian crisis could lead to more deaths than twenty years of war.”

The signatories to the letter also criticized Biden’s decision to use half of the sum frozen by Washington – $3.5 billion – as compensation to the American victims of Taliban terrorism, including 9/11.

By all rights, the full $7 billion belong to the Afghan people. The decision to divide these funds in two is arbitrary and unjustified, and returning anything less than the full amount undermines the recovery of a devastated economy. 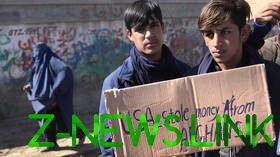 The economists condemned the Taliban government over some “horrific things” it committed, including its “appalling treatment of women and girls, and ethnic minorities,” but argued that it is “both morally condemnable and politically and economically reckless to impose collective punishment on an entire people.”

Washington has so far not responded to the appeal. For about a year since the Taliban takeover, Washington has been refusing to recognize the new government or return the frozen funds. In July, Biden also revoked Afghanistan’s status as a ‘Major Non-NATO Ally’.

In February, when Biden signed an executive order promising $3.5 billion to compensate the American victims of Taliban terrorism, the Taliban blasted the move as “theft” and warned that it would “reconsider” its policy toward Washington if it goes on with its plan.