US updates travel advisory on Russia 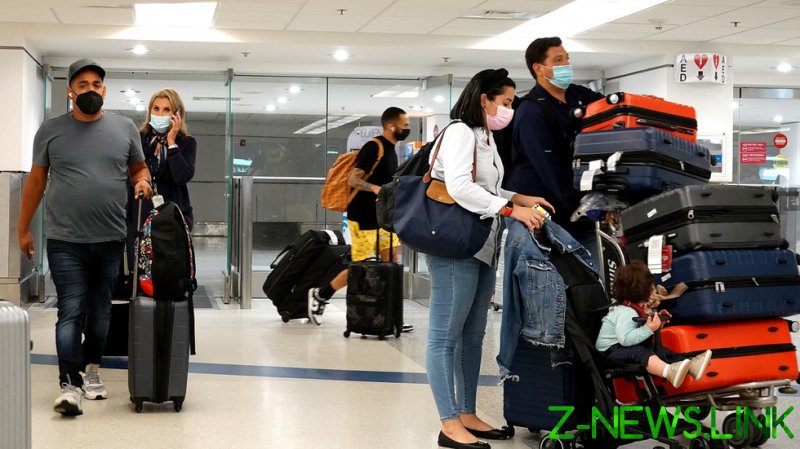 Russia has become one of the few countries slapped with a brand-new “risk indicator” in the US State Department travel advisories. Russian security services have “singled out US citizens” for “detention and … harassment,” the state department warned on Tuesday in its fresh advisory update.

The US has given Russia the highest possible risk level: “Do not travel.” Americans “residing or traveling in Russia should depart Russia immediately,” the state department said.

The list of reasons one should not even consider going to Russia included Moscow’s ongoing military operation in Ukraine, which Washington called an “unprovoked and unjustified invasion” as well as supposedly “arbitrary enforcement of local law,” Covid-19 restrictions and even “terrorism.”

Now, Washington also says that Americans traveling to Russia might face targeted persecution by local security services. “There is the potential throughout Russia of harassment of foreigners, including through regulations targeted specifically against foreigners,” the travel advisory said, adding that both former and current government officials and private citizens alike might all “become victims of harassment, mistreatment, and extortion.” 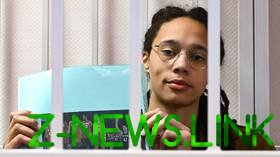 According to the state department, Russian security services “have arrested US citizens on spurious charges, singled out US citizens in Russia for detention … denied them fair and transparent treatment, and have convicted them in secret trials.” Washington did not present any specific evidence to back up such claims in the travel advisory but said that the state department had “determined that at least one US national is wrongfully detained by the Russian government.”

Prior to the Tuesday travel advisory update, the White House told journalists Russia was one of six nations to be slapped with a new “D” risk indicator standing for the “risk of wrongful detention by a foreign government.” The other five nations are China, Iran, North Korea, Venezuela, and Myanmar.

The development came as US President Joe Biden signed an executive order to provide his administration with additional tools to deter “hostage-taking and the wrongful detention of US nationals.”

The order authorizes targeting people involved in such practices with financial sanctions and visa bans, the US media reported. “The president has been willing to make what he himself has said publicly are tough, but important calls when it means bringing home Americans,” a senior administration official told CNBC. 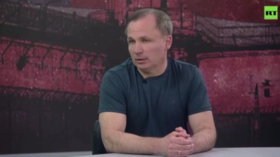 Under the order, the Biden administration was also tasked with identifying and recommending “options and strategies … to secure the recovery of hostages or the return of wrongfully detained United States nationals.”

Moscow has not reacted to the developments so far. Russia and the US are currently engaged in a tussle over the fate of American basketball player Brittney Griner, who was arrested in Russia on drug-related charges in February. The Biden administration has previously described her arrest as wrongful detention.

Last week, controversial US podcaster and UFC analyst Joe Rogan called Griner a “political prisoner.” The Kremlin has repeatedly denied her arrest was politically motivated. The Russian president’s spokesman, Dmitry Peskov, has previously said she was detained in accordance with local legislation due to possession of “illegal drugs that contained narcotic substances.”

Griner has been in Russian custody since February 17 after a vape cartridge that contained 0.702 grams worth of cannabis was found in her luggage.