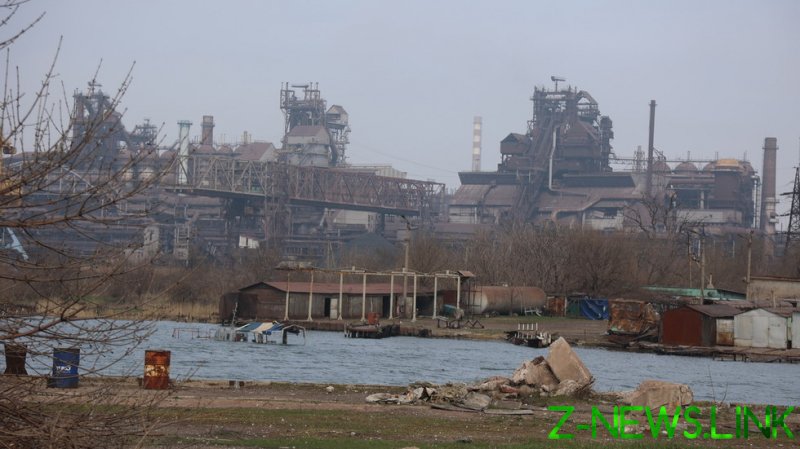 Ukraine’s neo-Nazi Azov Battalion has accused Russian forces of deploying a chemical weapon against its fighters during the siege on Mariupol, potentially creating a pretext for the US and its Western allies to step up efforts to punish Moscow over the conflict.

An unidentified chemical agent was dropped from a drone on Monday, leaving several Ukrainian fighters in the area struggling to breathe, according to unverified accusations posted on Telegram by the ultranationalist Azov Battalion.

However, an aide to Mariupol Mayor Petro Andryushchenko noted that the allegations of a chemical attack hadn’t been confirmed, according to Reuters.

Separately, the Ukrainian parliament accused Russian forces of “firing on nitric acid tanks” in the Donetsk region. “This was reported by the patrol police,” according to a post on the parliament’s Twitter account on Monday night. “Locals are urged to prepare protective face masks soaked in soda solution.”

Western officials quickly pounced on the allegations, warning of severe consequences for Moscow. “We are working urgently with partners to verify the details,” UK Foreign Secretary Liz Truss said. “Any use of such weapons would be a callous escalation in this conflict, and we will hold Putin and his regime to account.”

In Washington, Pentagon spokesman John Kirby said US officials are monitoring the situation in Mariupol. “These reports, if true, are deeply concerning and reflective of concerns that we have had about Russia’s potential to use a variety of riot control agents, including tear gas mixed with chemical agents, in Ukraine,” he added. 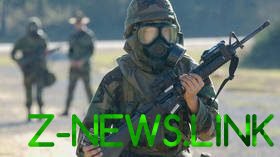 US, UK and Ukrainian leaders have claimed for weeks that Russia might deploy chemical or biological weapons in its military operation in the former Soviet republic. Ukrainian President Volodymyr Zelensky reiterated those concerns on Monday, calling for stronger sanctions against Russia to deter the use of such weapons.

“It is time to make this [sanctions] package in such a way that we would not hear even words about weapons of mass destruction from the Russian side,” Zelensky said. “An oil embargo against Russia is a must.”

White House press secretary Jen Psaki first set the stage for an alleged Russian chemical or bioweapon attack last month – while responding to reports from Moscow on US-funded biolabs in Ukraine. She called the charges “an obvious ploy” and said “we should all be on the lookout for Russia to possibly use chemical or biological weapons in Ukraine, or to create a false flag operation using them.” 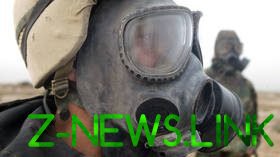 READ MORE: US clarifies position on use of chemical weapons

Moscow launched a large-scale offensive against its neighbor in late February, following Ukraine’s failure to implement the terms of the Minsk agreements, and Russia’s eventual recognition of the Donbass republics of Lugansk and Donetsk, where the city of Mariupol is located. The German and French brokered protocols had been designed to regularize the status of those regions within the Ukrainian state.