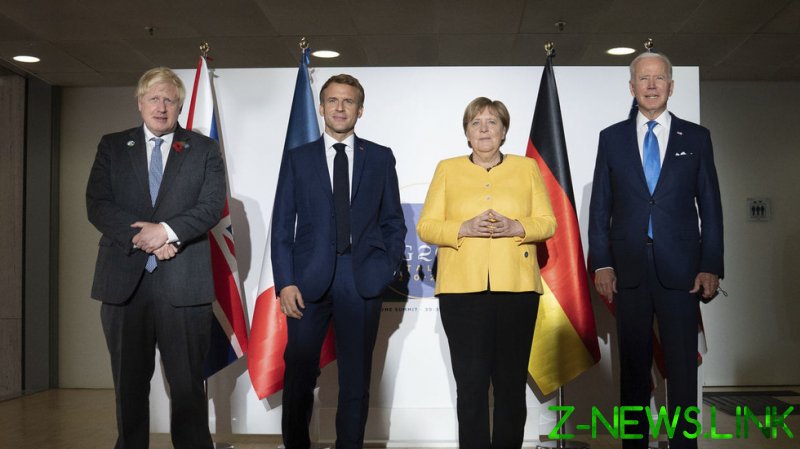 “We expressed our determination to ensure that Iran can never develop or acquire a nuclear weapon and shared our grave and growing concern that, while Iran halted negotiations on a return to the Joint Comprehensive Plan of Action (JCPOA) since June, it has accelerated the pace of provocative nuclear steps,” the statement declared, arguing that Iran has “no credible civilian need” for the production of “highly enriched uranium.”

The statement praised Biden’s “clearly demonstrated commitment to return the U.S. to full compliance with the JCPOA” as long as “Iran does the same,” and urged Raisi to think of “Iran’s economic growth” should the country return to the nuclear deal and have sanctions against it dropped.

“We call upon President Raisi to seize this opportunity and return to a good faith effort to conclude our negotiations as a matter of urgency,” the world leaders concluded, warning it “is the only sure way to avoid a dangerous escalation, which is not in any country’s interest.”

The leaders of the US, UK, France, and Germany also committed in the statement to continuing to work with Russia, China, and the European Union to resolve the issue.

Despite repeated discussions, Iran and the US have not returned to the Iran nuclear deal – also known as the JCPOA – since former president Donald Trump withdrew the US in 2018 and imposed further sanctions on Iran.

Biden has expressed interest in returning the US to the deal since his inauguration in January, but the two nations have not yet come to an agreement.

This week, Iran said it would return to negotiations by the end of November.