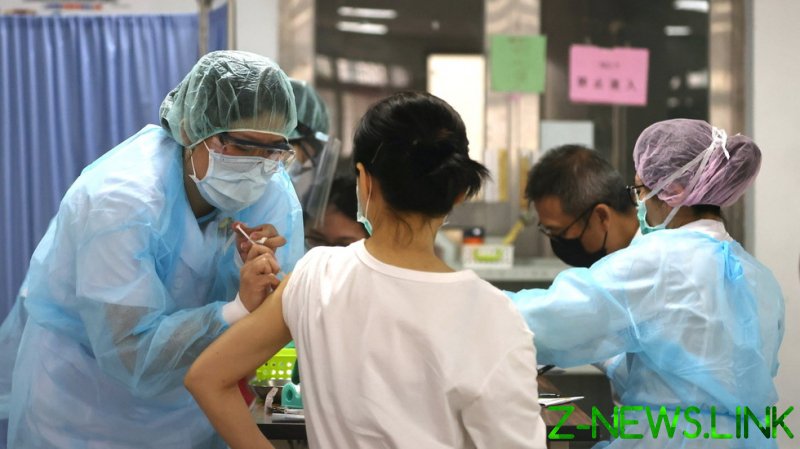 Illinois Senator Tammy Duckworth, a Democrat, announced in Taipei on Sunday that the US would send 750,000 doses to the island. “It was critical to the United States that Taiwan be included in the first group to receive vaccines because we recognize your urgent need and we value this partnership,” she said, accompanied by Republican Alaska Sen. Dan Sullivan and Democrat Delaware Sen. Chris Coons.

The United States is also planning to send vaccines to India, the Philippines, Vietnam, Brazil, Haiti, Mexico, Egypt, and Gaza, to name just a few.

Foreign Minister Joseph Wu, who was present at the announcement, praised the US for its support and accused Beijing of causing “trouble,” which has impacted Taiwan’s ability to receive vaccines.

However, Taiwan has repeatedly refused offers of assistance from China, citing safety concerns about Chinese vaccines.

Chinese Foreign Ministry spokesman Wang Wenbin claimed on Friday that officials from Taiwan’s Democratic Progressive Party had “prevented the mainland from importing vaccines to Taiwan in every possible way, and even falsely claimed that the mainland was obstructing its procurement of vaccines.”

“Pandemic prevention is the most important thing, and life is paramount,” Wang continued, before urging Taiwan’s authorities “to put their minds on scientific epidemic prevention, remove man-made political obstacles, and ensure the lives, health, interests, and wellbeing of Taiwan compatriots.”

Japan has also provided coronavirus assistance to Taiwan, sending 1.2 million AstraZeneca vaccine doses to the island on Friday, despite criticism from China, which considered the move to be politically motivated.

“I want to emphasize that vaccine assistance should return to the original purpose of saving lives, and should not be reduced to a tool for political self-interest,” Wang said in response.

Taiwan is one of the least Covid-affected places in the world, with just 10,956 recorded cases and 224 deaths. More than 678,000 vaccine doses have been administered to the population. In contrast, the US – which is the most affected nation – has recorded more than 33 million cases and nearly 600,000 deaths.

China has recorded 103,000 cases of the coronavirus and 4,846 deaths, but has administered over 763 million vaccine doses.