US to pull back 2,200 troops from Iraq, Pentagon confirms…but several thousand more still to stay 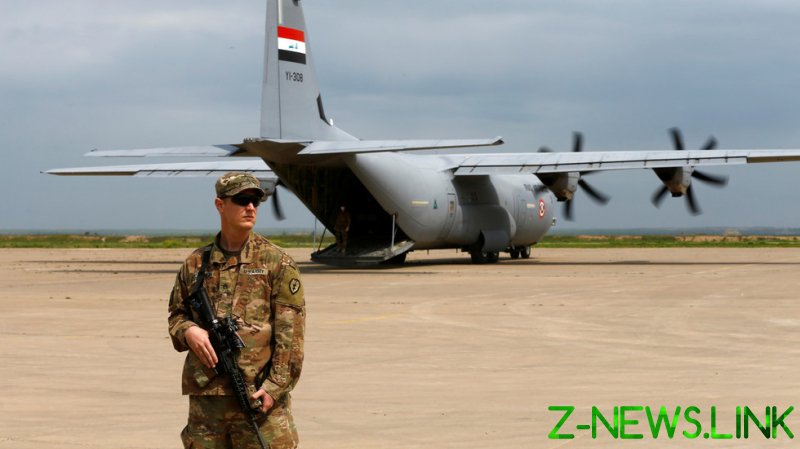 The US recognizes “the great progress the Iraqi forces have made,” Marine General Frank McKenzie, the head of US Central Command, said during a visit to Iraq as he announced the relocation of American troops.

The drawdown in Iraq was long unticipated and likely to be confirmed soon by Donald Trump along with a similar move in Afghanistan. The US president has long expressed desire to reduce foreign deployments. He reiterated the promise to reduce military presence in Iraq last month during a visit to the country.

The announcement is likely to fuel heated political debate in the US, where Trump stands accused of being disrespectful to the national military. Last week a story in the Atlantic magazine claimed he called American soldiers killed in World War I “losers” and “suckers” as he refused to visit a military cemetery in France.

Trump angrily rejected the accusations and went on an Eisenhower-esque verbal attack against top military commanders accusing them of cozying up to defense contractors.

The US justified its large military footprint in Iraq by a necessity to contain Islamic State (IS, formerly ISIS), preventing a possible resurgence of the terrorist organization. Terrorists overran US-trained and equipped Iraqi security forces in 2014, occupying a large part of the country.

The extremist group has since been defeated thanks to the separate efforts of a US-led coalition and Shiite militias backed by Iran, a sworn enemy of the US. Baghdad had to do a balancing act, receiving the help it desperately needed from both sides without antagonizing either. The arrangement became increasingly untenable since the Trump administration made pressuring Tehran one of its primary policies.

The tension reached its peak in January, after a US missile attack killed Qassem Soleimani, a top Iranian general, during his visit to Iraq. A senior Iraqi militia commander was killed in the same attack. People in Iraq, angered by the assassination or fearful that their country would be further drawn into an armed conflict betwen the US and Iran, put pressure on the government to remove all Western troops from its soil. Iraq’s parliament even voted for such a departure amid the escalation.