Home / WORLD / US to boost Afghanistan presence to 6,000 troops as it’s ‘taking steps’ to secure Kabul airport amid mass evacuation

US to boost Afghanistan presence to 6,000 troops as it’s ‘taking steps’ to secure Kabul airport amid mass evacuation 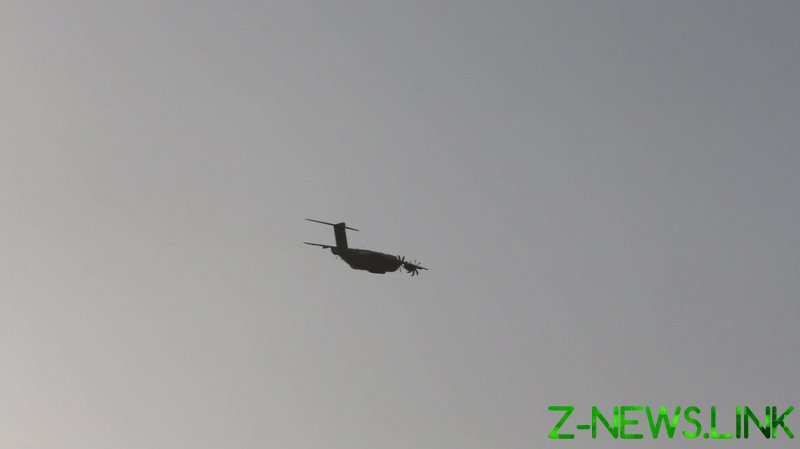 As the Kabul international airport has plunged into chaos, becoming the only way out of the country for the thousands of Afghans desperate to escape the Taliban’s takeover, the US has announced it would be taking over air traffic control at the airport to speed up evacuation of Americans as well as allied Afghans.

For that purpose, the US military said it would deploy another 1,000 troops in addition to 5,000 US President Joe Biden ordered into Afghanistan to ensure an “orderly and safe drawdown of US personnel” earlier.

“Over the next 48 hours, we will have expanded our security presence to nearly 6,000 troops, with a mission focused solely on facilitating these efforts and will be taking over air traffic control,” the US Departments of State and Defence said in a joint statement on Sunday.

The backup troops will be used to streamline the evacuation of “thousands” of Americans that have resided in Afghanistan, local US embassy employees as well as “other particularly vulnerable Afghan nationals.”

“Thousands of Afghans” that qualify for special immigrant visas will also be evacuated. All those who have passed security checks will be flown directly to the US, others would be moved to “additional locations” where they would wait to be cleared.

The airport has descended into a full-blown chaos after the Taliban entered the country’s capital, declaring its victory in the war from the presidential palace following the abrupt resignation of President Ashraf Ghani.

Panicked residents, fearing repercussions under the Taliban rule, clogged city streets with cars in a last-minute attempt to reach the airport. Footage circulating online shows large groups of people flocking to the airport’s entrance as shots rang out in the background. The gunfire reportedly led to the suspension of all commercial flights, leaving it up to military planes to evacuate the stranded residents.

Armoured trucks were spotted at the tarmac, cruising through the crowds, as US servicemen were seen establishing a security сordon around the airport.