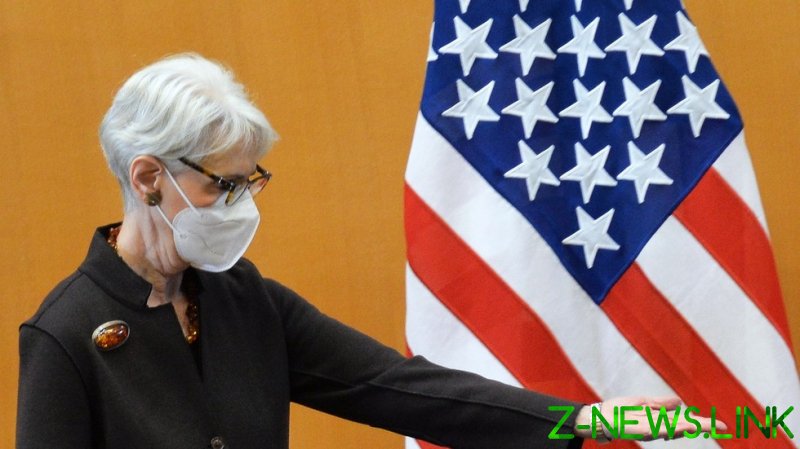 US Deputy Secretary of State Wendy Sherman has told reporters that Russia’s proposed limit on the expansion of NATO further into Eastern Europe is a “non-starter.” However, she said that progress in talks with Moscow is possible.

Sherman on Monday met with Russian Deputy Foreign Minister Sergey Ryabkov in Geneva, Switzerland. Called to discuss a series of security proposals offered to the US and NATO by Moscow, the Cold War-style meeting lasted more than seven hours.

Afterwards, Sherman told reporters that the pair found some room for progress. She said that US officials are “open to discussing” the size and scope of NATO military exercises in Europe “on a reciprocal basis,” and suggested that the US could alter its placement of missiles in Europe to better accommodate Russian security concerns.

Both sides remain deadlocked, however, on one of the most crucial of Moscow’s demands: that NATO cease taking in new members from the former Warsaw Pact states. Sherman called this idea a “non-starter,” saying that the US “will not allow anyone to slam closed the door to NATO membership to anyone.”

Declassified documents have previously revealed that during the dying days of the USSR, Western leaders promised their Soviet counterparts that NATO would not expand into Eastern and Central Europe. However, the US’ current position is that no such promise was ever made, and that NATO’s membership books must remain open – even for states bordering Russia.

At the core of the dispute is Ukraine. Pro-Western factions in Ukraine aspire to join the military alliance, a move that would put Western troops and arms on Russia’s border. Moscow considers such a situation unacceptable, but NATO leaders insist that Ukraine needs protection from a potential invasion by Russia, something that Moscow has repeatedly dismissed as “hysteria.”

Sherman said that no decision on issues affecting Ukraine would be made without Ukrainian involvement, and said that talks aimed at resolving the crisis would continue. 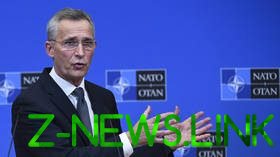 However, she described the overall tone of Monday’s meeting as “frank and constructive,” and stated that herself and Ryabkov would continue to find common ground on arms control issues. This statement echoes Secretary of State Antony Blinken’s comments to US cable news networks on Sunday, in which he suggested that the current talks could possibly revive the Intermediate Nuclear Forces Treaty, a Cold War agreement that banned the deployment of medium-range nuclear missiles in Europe by either the US or Russia. Under President Donald Trump, the US pulled out of the treaty in 2019. However, Moscow insisted that any such possibilities rely fully on whether Russia’s main demand about the expansion of NATO is heard.

Preventing nuclear war is something both sides can easily agree on. Sherman said that herself and Ryabkov reiterated a promise signed in writing last week by the US, Russia, and the world’s other nuclear powers that “a nuclear war can never be won and must never be fought.”

Resolving the crisis in Ukraine is a different matter. After the meeting, Sherman insisted that Russia must pull back any troops stationed near Ukraine’s border, even though they may be on Russian soil.

“It is on Russia to de-escalate tensions,” she told reporters. However, talk of military solutions to the standoff have come from both sides, with NATO Secretary General Jens Stoltenberg openly suggesting that the West may take military action if talks fail.

“We have significant capabilities,” he said on Friday. “We have troops, we have forces. We have the readiness. We have the plans to be able to defend, protect all allies … to make sure that we preserve peace in Europe.”