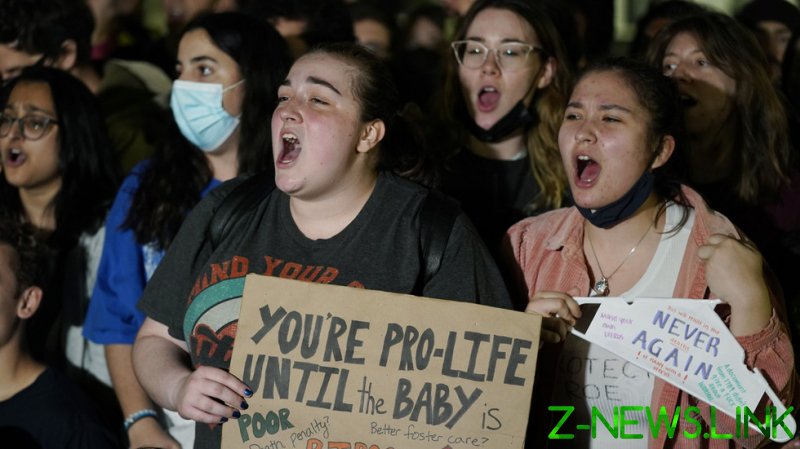 Abortion rights in the US could become severely curtailed, a Supreme Court document leaked to Politico has revealed, sending shockwaves around the country.

According to a draft decision published in full by Politico on Monday evening, the highest legal authority in the US has voted to overturn the landmark Roe v. Wade ruling on abortion.

The 1973 ruling provided women with the absolute right to a termination in the first trimester of pregnancy and limited rights in the second. A 1992 ruling – Planned Parenthood v. Casey – upheld the judgement.

Now a majority of the Supreme Court appears to be leaning towards overturning both decisions and handing back “the issue of abortion to the people’s elected representatives.”

“Roe was egregiously wrong from the start. Its reasoning was exceptionally weak, and the decision has had damaging consequences. And far from bringing about a national settlement of the abortion issue, Roe and Casey have enflamed debate and deepened division,” Justice Samuel Alito wrote in a draft majority opinion. 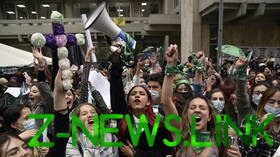 The Supreme Court has set its sights on Roe v. Wade because it is related to a case the judges heard late last year. According to a Politico source “familiar with the court’s deliberations,” five Republican-appointed justices voted to overturn Roe v. Wade, and three Democratic-appointed judges are working on the dissent.

“How Chief Justice John Roberts will ultimately vote, and whether he will join an already written opinion or draft his own, is unclear,” the outlet writes.

Overturning Roe v. Wade will immediately allow 22 states where all the necessary judicial preparations have already been made, to outlaw abortion after a few weeks of pregnancy.

However, in the past, judges have often changed their votes in the process of deliberation. The court is expected to publish its final decision in late June or early July. 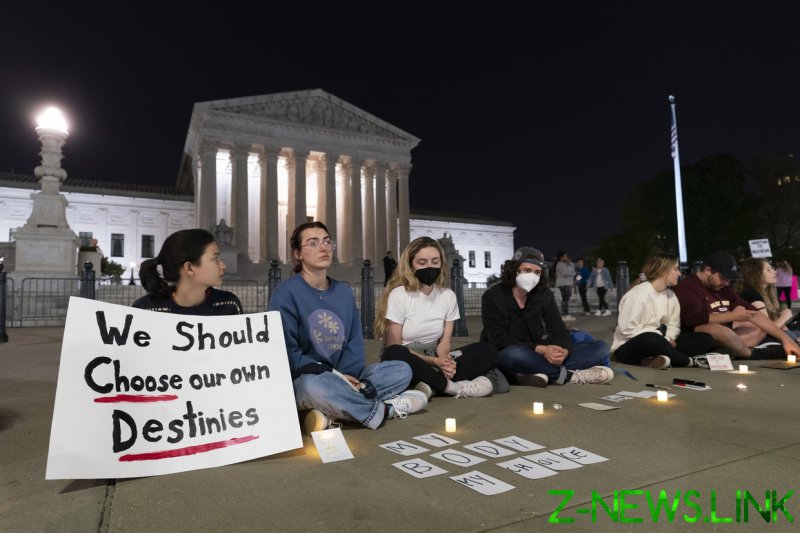 A crowd of people gather outside the Supreme Court early Tuesday, May 3, 2022, in Washington. © AP / Alex Brandon

Despite the fact that the 98-page leaked document is only a first draft decision, the unprecedented insight into the deliberations of the judges has had a bombshell effect among both anti-abortion activists and abortion rights supporters, who took to Washington, DC within hours of publication.

“While abortion is still legal, tonight’s report makes clear that our deepest fears are coming true. We have reached a crisis moment for abortion access. We don’t have a moment to spare – we must act now,” non-profit organization Planned Parenthood tweeted.

House Speaker Nancy Pelosi said that if Politico’s report is accurate, “the Supreme Court is poised to inflict the greatest restriction of rights in the past fifty years – not just on women but on all Americans.”

Former Secretary of State Hillary Clinton blasted the supposed decision of the Supreme Court as an “utter disgrace” and “a direct assault on the dignity, rights, & lives of women, not to mention decades of settled law.”