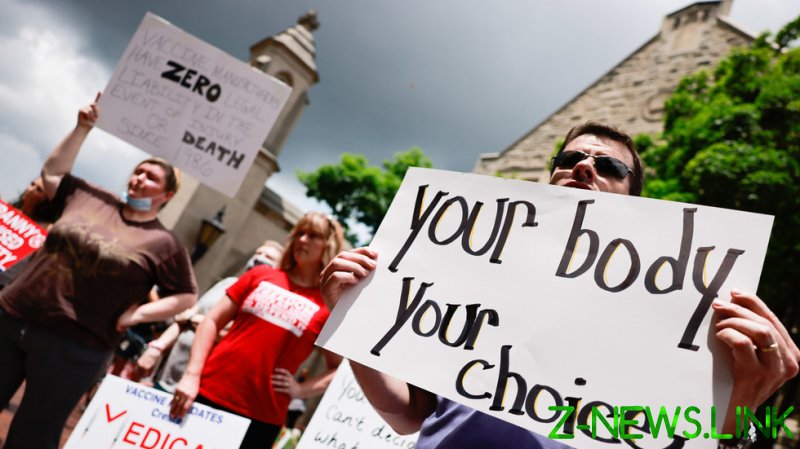 Justice Amy Coney Barrett rejected the emergency request to hear the case on Thursday, meaning the high court won’t overturn rulings by an Indiana district court and the US Court of Appeals in Chicago, which upheld the mandate. There were no dissenting opinions cited from other Supreme Court justices.

The Indiana case marked the first legal challenge of a Covid-19 vaccine mandate to come before the Supreme Court. The decision may embolden other colleges and institutions that have considered requiring Covid-19 shots and comes at a time when a growing number of US businesses and schools are ordering such mandates.

Indiana University announced its vaccine order in May, affecting all students and faculty on campus. Eight students sued to block the mandate, saying it violated their right of bodily integrity and forced them to receive unwanted medical treatment. District and appellate court judges found that the university acted lawfully and in the legitimate interest of public health.

The students had argued that the mandate infringed their constitutional right to due process and alleged that risks associated with Covid-19 vaccines outweigh the benefits for healthy people in their age group. “Protection of others does not relieve our society from the central canon of medical ethics requiring voluntary and informed consent,” the lawsuit said.

The appellate court rejected the plaintiffs’ initial appeal, noting that they had other options, such as taking courses online, going to another school or applying for a medical or religious exemption. The court cited a 1905 case in which a Massachusetts mandate for a smallpox vaccine was upheld, at least partly on the basis that the government had a rational reason for ordering inoculations amid a health crisis.

Hundreds of US colleges and universities have imposed vaccine mandates, while some have waited to determine the legality of such orders. Still others have said their mandates are contingent on full FDA approval of one or more Covid-19 vaccines, inasmuch as the three jabs currently available in the US have received only emergency use authorization.

Thursday’s decision comes as a disappointment to conservatives who oppose vaccine mandates. Adding to the aggravation for some observers was the fact that the rejection was handed down by Barrett, the allegedly conservative justice who was appointed by then-President Donald Trump last fall.

“Her true colors have been exposed again,” one Twitter commenter said. “She’s not about protecting people in USA.”