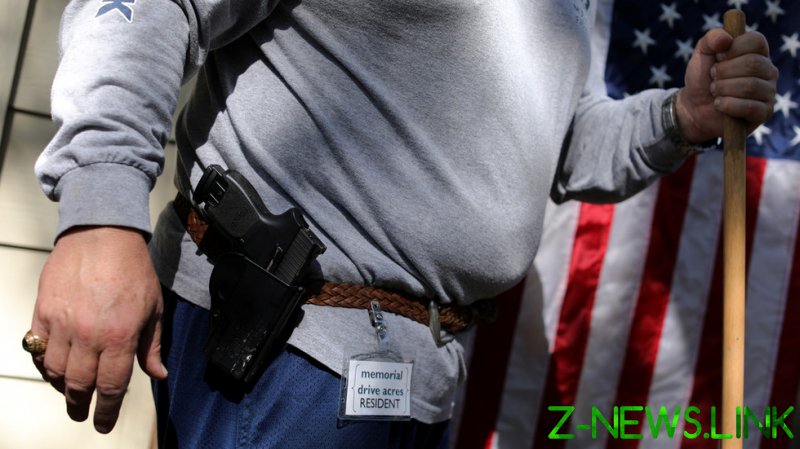 Two gun owners and the New York affiliate of the NRA are looking to overturn a decision by a lower court, which rejected their challenge to the state’s gun regulations. New York is one of just eight US states which currently limit a gun owner’s right to carry their weapon in public.

The plaintiffs argued that those restrictions have violated their Second Amendment right to keep and bear arms, insisting instead that New Yorkers should also be able to carry guns outside their homes unhampered.

The two men initially went to court after a state firearms licensing officer granted them “concealed carry” permits, but limited it to hunting and target practice only.

The Supreme Court, which had refused to examine the appeal last June, has now changed its mind, again embedding itself into the heated gun rights debate in America.

The case, which will likely be heard in autumn, could prove one of the most prominent rulings on the scope of the Second Amendment since the 2008 and 2010 decisions that established a nationwide right to keep a gun at home for self-defense.

The plaintiffs’ hopes of success may be boosted by the fact that there’s a 6-3 conservative majority in the Supreme Court, after Justice Amy Coney Barrett joined the body in October. Conservatives are generally believed to have a more expansive view of Second Amendment rights.

The Supreme Court should settle this issue once and for all, lawyer Paul Clement, who is representing the challengers, wrote in his reply brief to the court. “Thus, the nation is split, with the Second Amendment alive and well in the vast middle of the nation, and those same rights disregarded near the coasts,” he argued.

For its part, New York State has urged the justices to reject that argument, pointing out that the restrictions on carrying guns aren’t a blanket ban and are aimed at reducing crime as well as promoting public safety.

The announcement that the controversial appeal will be heard by the Supreme Court comes in the wake of a string of deadly mass shootings across the country. Earlier this month, a gunman killed eight employees and then committed suicide at a FedEx facility in Indianapolis, while two similar incidents in Georgia and Colorado killed a combined total of 18 people in March.