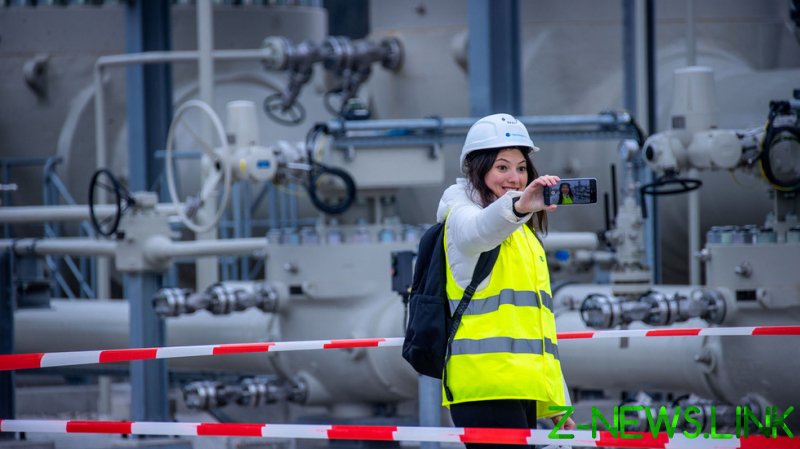 US President Joe Biden administration officials confirmed the existence of the agreement on Wednesday, details of which have been leaked to the press earlier. Under the four-point plan, Germany and the US would invest in energy security and green energy in Ukraine and Europe and back the “Three Seas Initiative” spearheaded by Poland and Croatia.

Berlin also pledged to push Russia into extending the current gas arrangement with Ukraine, which provides Kiev with $3 billion in annual transit fees, through 2034 – and promised to back sanctions against Moscow if it commits “aggression” against Ukraine.

“Should Russia attempt to use energy as a weapon or commit further aggressive acts against Ukraine, Germany will take action at the national level and press for effective measures at the European level, including sanctions to limit Russian export capabilities to Europe in the energy sector,” an unnamed State Department official told reporters, repeating the statement given by undersecretary for political affairs Victoria Nuland before the Senate Foreign Relations Committee earlier in the day.

The exact verbiage also appears in the joint statement released by the German Foreign Ministry.

Meanwhile, the Kremlin said Russian President Vladimir Putin has received a phone call from German Chancellor Angela Merkel about the arrangement, and they were both “satisfied” with the outcome for Nord Stream 2. The possibility of extending the transit agreement between Russia’s Gazprom and Ukraine’s Naftogaz beyond 2024 was “touched upon,” the Kremlin said in the readout of the call.

Early reports about the US-German deal spoke of a $50 million investment in green and other energy projects in Ukraine. Framing this as an effort to combat climate change, Berlin said the two countries would “endeavor to promote and support investments of at least $1 billion… including from third parties such as private-sector entities.” Germany’s initial donation will be at least $175 million and may be extended in the future budgets.

Germany also pledged $70 million in investments to help Ukraine transition away from coal and modernize its gas infrastructure, including creating the capacity for reverse gas flow, should Moscow cut gas supplies to Kiev for any reason.

The US-German deal has been in the works for some time, but was not announced last week during Merkel’s visit to Washington. According to the Wall Street Journal, the US demanded a “kill switch clause” in the pipeline’s operating rules, but Germany refused, saying it was a commercial project and such action would be illegal.

Washington has insisted the US has “consulted closely” with Ukraine and Poland on the matter. Both countries stand to lose considerable economic and political leverage – including the ability to stop the flow of natural gas from Russia into the EU – once the pipeline is completed, and have been working feverishly for years to stop it.

Former Pentagon policy adviser Derek Chollet, now a senior State Department official, traveled to Kiev this week to inform the government of President Volodymyr Zelensky of the agreement’s details – and invite him to visit the White House on August 30.

Nuland on Wednesday told the Senate that reports – published on Tuesday in Politico, citing unnamed officials – that the Biden administration sought to pressure Kiev into staying silent on the US-German deal were “categorically incorrect.” While the pipeline is “bad” for Ukraine, she said, the deal gives them “more than they had yesterday.”

The deal with Berlin is a face-saving arrangement for Biden, whose administration de facto threw in the towel on attempts to block the pipeline’s completion in May. Saying that further pressure on Germany would be counterproductive and alienate an ally, the State Department waived sanctions against Nord Stream 2 and its German CEO, while lashing out at Russian construction vessels instead.

The White House argued it couldn’t stop the pipeline that was already 95% complete at the time Biden took office. His predecessor Donald Trump managed to delay the pipeline by two years, successfully intimidating a Swiss-Dutch contractor with sanctions, until Russian construction ships got involved.