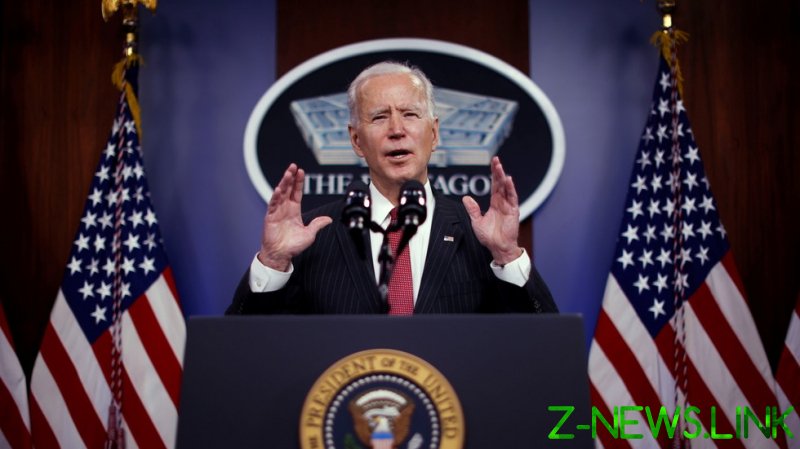 Kirby echoed earlier media reports that the bombing of the Syrian territory was in retaliation to “recent attacks against American and coalition personnel in Iraq.” He further argued that the raids were aimed at defusing the tensions in the Middle East.

At the same time, we have acted in a deliberate manner that aims to deescalate the overall situation in both Eastern Syria and Iraq.

Kirby claimed that the strikes inflicted serious damage on the infrastructure of “a number of Iranian backed militant groups including Kait’ib Hezbollah and Kait’ib Sayyid al Shuhad,” noting that “multiple facilities” were destroyed.

Unconfirmed reports from Syria spoke of explosions near Al-Bukamal, a town in the Deir-ez-Zor province near the border with Iraq.

The reported airstrikes come after a series of rocket attacks on the Green Zone in Baghdad, the Balad Air Base and the Erbil International Airport in Iraq over the past two weeks. No group has claimed responsibility and the Pentagon has not officially blamed anyone.

This is not the first time the US has blamed Iran for attacks on American troops and contractors in neighboring Iraq. After one contractor died, the Trump administration targeted the Kataib Hezbollah militia and other Shia Popular Mobilization Units (PMU), which culminated in the drone assassination of General Qassem Soleimani, commander of the Quds Force of the Islamic Revolutionary Guard Corps (IRGC) of Iran, in January 2020.

Biden himself led the chorus of Democrats who denounced President Donald Trump’s move at the time, saying he “tossed a stick of dynamite into a tinderbox.” House Speaker Nancy Pelosi (D-California) had said the Soleimani strike risked “provoking further dangerous escalation of violence” and was undertaken without congressional authorization.