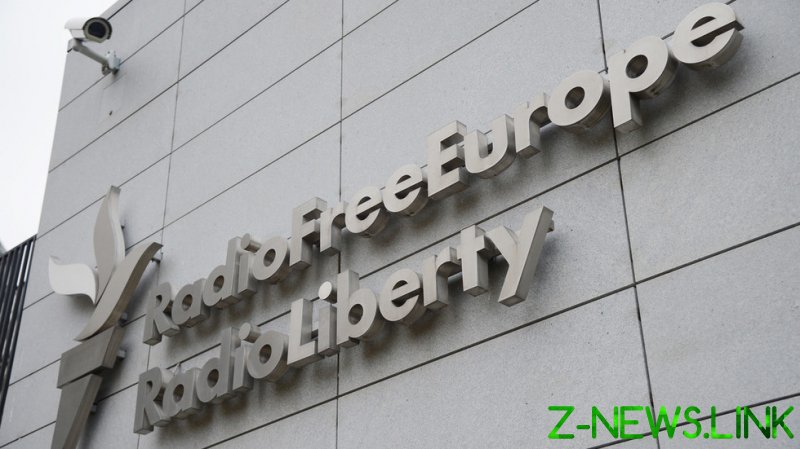 The US state-funded Radio Free Europe/Radio Liberty (RFERL) lodged a complaint with the European Court of Human Rights (ECHR) earlier this week, asking it to block Russia from enforcing fines on the outlet. RFERL has accumulated dozens of unpaid fines, stemming from its refusal to be properly labeled as a “foreign agent” under Russian law.

The outlet alleges that the actions of the Russian authorities are violating “freedom of speech” principles. It also claims that if the fines are enforced, the outlet may suffer “irreversible harms” and, ultimately, other “independent media” in Russia may face the same fate.

Should the ECHR support such a motion, it would clearly show that the presumably independent court is actually politically biased, Russia’s Foreign Ministry spokeswoman Maria Zakharova told RT, as it would side with law-breaking RFERL while turning a blind eye to the real persecution of journalists happening in other countries.

“If the ECHR supports such demands, it would look like a politicized decision. It’s impossible not to notice what happens to other media outlets elsewhere. It’s not only RT that’s the target,” Zakharova stated. “Look at what is happening in Ukraine, for instance, where TV channels are getting shut down, while murders of journalists are not investigated.”

Russia adopted its foreign-agent law in response to hostile actions against Russian media taken by other countries – primarily after Washington targeted RT America, forcing it to register as a foreign agent.

“This affair began exclusively in response to US actions,” Zakharova said, after Washington unearthed its “archaic” Foreign Agents Registration Act and decided to use it against Russian media and journalists. The US government campaign has been eagerly supported by the US media as well.

“Despite its savage wording, completely unfit for use in modern world, and, moreover, going against all the obligations the US has under multiple international treaties, the legislation was taken from the top shelf and used against RT in full force.”

Russian laws, adopted in response to these hostile actions, are significantly softer than the US’, and designated ‘foreign agent’ media outlets are required only to explicitly display their status, their work being otherwise hardly affected.

“What are these demands that RFERL cannot accept and interprets as persecution of sorts that makes them unable to work?” the spokeswoman wondered.

“These demands are very basic, and significantly softer and more humane than those imposed by the US authorities on foreign media they brand ‘foreign agents’. Just obey the law – the law that has been adopted in relation to actions of your own government.”

Instead of complying with the rules, the outlet “knowingly violated the laws of the country” it had been working in, she said, and now it is trying to present as a government campaign against the supposedly “independent media.”

“Some 400 court decisions were made regarding RFERL. They still have not been complied with. Some 70 million rubles in fines got accumulated,” Zakharova said. Their deliberate law-breaking then “got converted into information and a political campaign about alleged pressure”, she added, yet the authorities have “never received any complaints from this media outlet about anyone persecuting them or disrupting their work.”