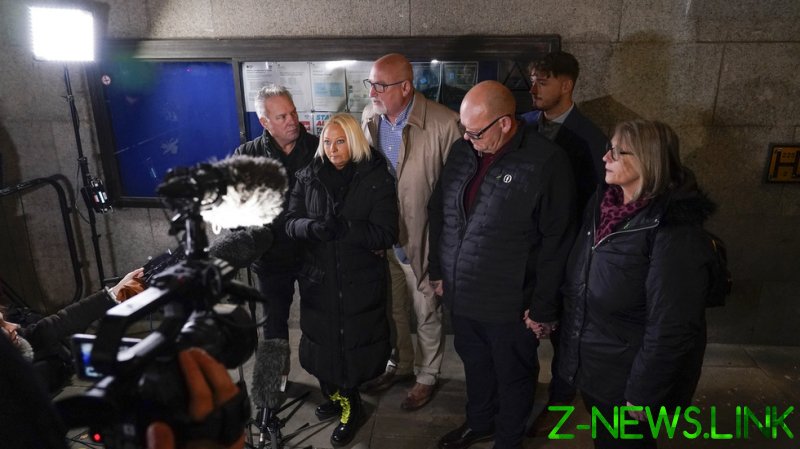 The American who fled the UK after killing a Northamptonshire teenager with her car has pleaded guilty to a lesser charge and received a suspended sentence on Thursday. Anne Sacoolas claimed diplomatic immunity to avoid arrest and was later revealed to be a spy for US intelligence. In a statement read at the Old Bailey on her behalf, she apologized to the family of Harry Dunn for the “tragic accident” that claimed his life.

Dunn was riding his motorcycle near the Croughton Royal Air Force base in August 2019 when Sacoolas came down the road driving on the wrong, “American” side – as she told police after the crash. The 19-year-old died in the hospital.

Sacoolas then claimed diplomatic immunity and fled back to the US, which refused to extradite her, saying the details of her work could not be disclosed on “national security” grounds.

Dame Parmjit Kaur Cheema-Grubb, the presiding judge in the case, said what Sacoolas did was “not far short of deliberately dangerous driving” but accepted her plea to a lesser charge of careless driving instead, saying the American showed “genuine remorse.” Sacoolas was sentenced to eight months in prison, suspended for a year, and will lose her driving privileges for the duration.

Sacoolas, 45, tuned into the hearing via video link, as the US government would not risk her returning to the UK. Dunn’s mother, Charlotte Charles, described this as “despicable,” adding she was “absolutely disgusted” with US actions, according to the BBC.

Charles said her son’s death haunts her “every minute of every day,” but that her quest for justice was now “well and truly complete” with the sentencing.

According to Crown Prosecution Services, Sacoolas drove out of RAF Croughton on August 27, 2019, and drove about 350 meters on the wrong side of the road before striking Dunn’s motorcycle head-on. Dunn was driving on the left, as is proper in the UK.

Sacoolas told the police she was on “the American side” of the road, and told a witness who arrived on the scene, “It’s all my fault. I was on the wrong side of the road. I have only been here a couple of weeks.”

When the witness went over to Dunn, he told her, “Don’t let me die.”

RAF Croughton hosts a major US communication facility serving troops in Europe and the Middle East. American administrative and technical staff working there don’t have diplomatic immunity, but Sacoolas claimed she did – and fled the country before she could be arrested. Interpol issued a ‘Red Notice’ for her arrest in May 2020, confirming she did not in fact qualify as a diplomat.

The US refused to extradite Sacoolas, eventually explaining that not only did her husband work for the CIA, so did she. In a February 2021 court hearing in the civil case brought by Dunn’s parents, her attorney said Sacoolas had worked for US intelligence and left the UK due to “security issues.” In July 2021, the US government sought to seal the records in the case. Dunn’s parents settled their lawsuit two months later, for an undisclosed amount.