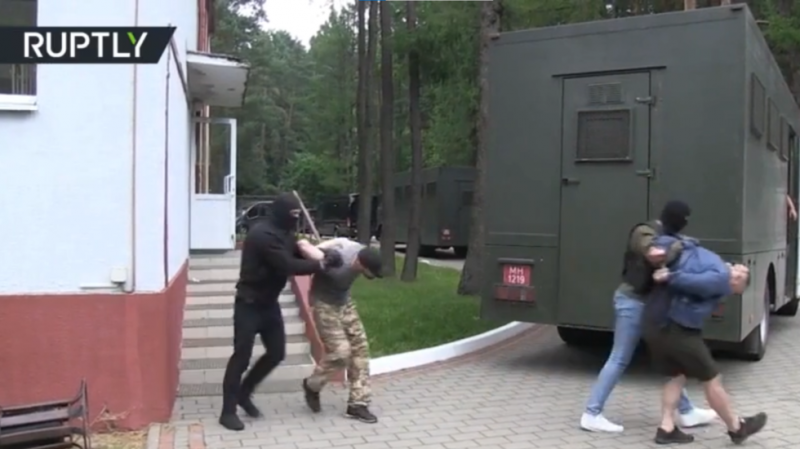 In a report published on Tuesday, three of Kiev’s former intelligence officers allegedly told CNN that an elaborate sting operation had been put in place last year to lure 33 Russians out of the country and put them on trial in Ukraine. According to the purported ex-spooks, the Ukrainian-led operation got US cash, technical assistance, and advice from the CIA on how to draw the Russian mercenaries in.

A spokesman for the FSB told reporters on Wednesday that “we can fully confirm this information published by CNN – it is absolutely reliable. They have very objectively shown the role played by the CIA.”

The men are said to have been offered lucrative security work in Venezuela by a non-existent private military company, serving as a front for Ukraine’s SBU spy service. The original plan had been to book them onto a plane to Istanbul, before having a fellow passenger feign illness and force the airliner to land in Ukraine, CNN reports. There they would be arrested and tried for purportedly participating in the bloody Donbass civil war alongside forces loyal to the region’s two self-declared breakaway republics.

However, the Covid-19 pandemic shut down most flight paths, and the would-be contractors were sent to Belarus instead, where authorities arrested them after receiving intelligence they were planning to rig the country’s upcoming elections. They were later released after a call between Belarusian President Alexander Lukashenko and his Russian counterpart, Vladimir Putin.

The FSB spokesman went on to say that the move had been designed to “sever Russian-Belarusian relations… the whole operation was planned exclusively for this. And if, of course, it succeeded, then the blow to our relations with Minsk would be dealt a very heavy one, and a lot of time would have to be spent to untangle and improve relations.”

Both Ukraine and the US have denied involvement in the incident, with one official in Washington apparently telling CNN that “efforts to implicate US agencies may [have been] an attempt to share, or even pass, blame for what was a high-risk Ukrainian operation that went wrong.”

According to the FSB source, “Ukrainian authorities aren’t interested in carrying out an objective investigation of this whole situation because, if they did, all these facts… indicated that Ukraine is carrying out acts of state terrorism with the help of its special services. This is an accusation that could be brought before an international criminal court, and there is no way to overlook this.”