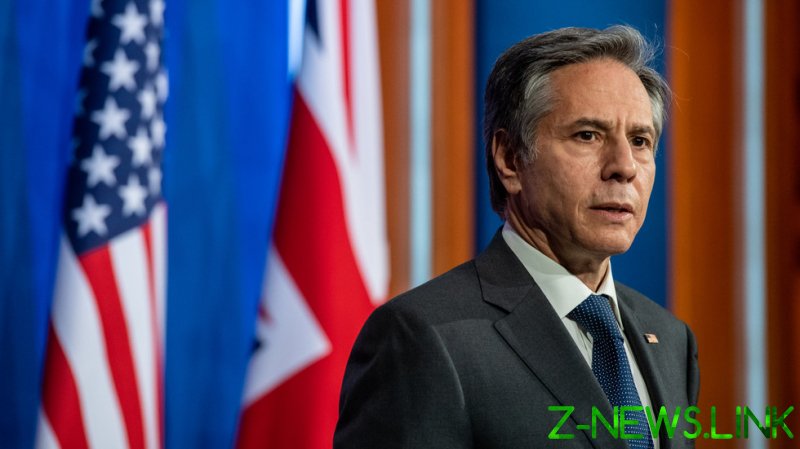 Remarks from the US secretary of state on the crisis unfolding in Kazakhstan are reminiscent of rhetoric from the Cold War era, a top Russian parliamentarian has said as Nur-Sultan grapples with outbreaks of street violence.

In a statement issued on Monday, the chairman of the State Duma Committee on International Affairs, Leonid Slutsky, accused Washington of “seeing ghosts of the USSR” in the events.

He slammed US Secretary of State Antony Blinken’s calls for Nur-Sultan to explain the need to involve the Moscow-led Collective Security Treaty Organization (CSTO) to stabilize the situation in the country.

Speaking to CNN, Blinken said Washington had “real questions” about “why they felt compelled to call in this organization that Russia dominates,” and demanded clarification on the matter.

“According to Blinken, Kazakhstan’s leadership should have peacefully and unassisted, or, even better, with their bare hands, came out against the armed gangs of militants,” Slutsky said.

He also hit out at the American official’s recent accusations that Russian President Vladimir Putin is eyeing up re-exerting “a sphere of influence over countries that previously were part of the Soviet Union.” 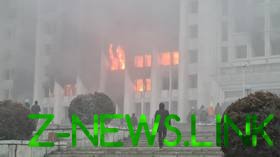 “Scaremongering about ‘Re-sovietization’ will not help to take revenge on attempts to build a unipolar world,” he said. “Fewer and fewer people believe in the myth of ‘American exceptionalism’ in today’s realities, and such statements increasingly resemble the rhetoric of the Cold War and bloc confrontation.”

Slutsky’s remarks came shortly after the CSTO agreed to send troops to help maintain security in Kazakhstan, after large groups of mostly peaceful demonstrators descended on the streets last week to decry a sharp rise in the price of liquified petroleum gas (LPG), used by many to fuel their cars.

Kazakh officials, however, have claimed that terrorists and organized crime groups jumped on the unrest, taking to the streets and attacking law enforcement with weapons.

In a speech to the CSTO on Monday, Putin said the situation in the country was already stabilizing. He added that troops from Russia, Belarus, and a number of other former Soviet Republics would only be stationed on Kazakh territory for a limited period, and would be withdrawn once their primary objectives had been met.