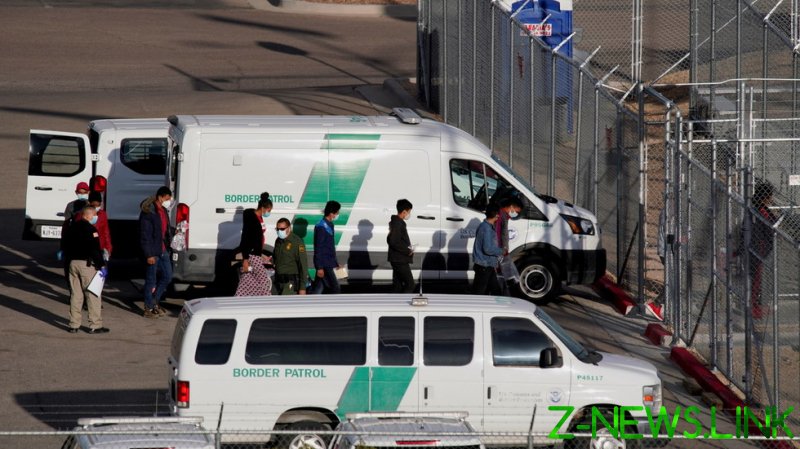 The prediction was made by the chief of the US Department of Homeland Security (DHS), Alejandro Mayorkas, on Tuesday.

“The situation we are currently facing at the southwest border is a difficult one. We are tackling it,” Mayorkas stated as he predicted the situation getting far worse in the future.

Still, Mayorkas did not provide any timeframe when the record influx of migrants is expected to reach US soil.

The official also acknowledged issues with juvenile migrants held at the US border. The influx of unaccompanied children desiring to stay in the US at least temporarily comes after President Joe Biden’s decision to let all minors in. As of Sunday, nearly 4,300 unaccompanied children were held by Border Patrol officers, an anonymous source with the force told Reuters.

By law, such children have to be transferred from Customs and Border Protection facilities to shelters run by the Department of Health and Human Services (HHS) within a 72-hour period. Due to the large numbers of child migrants at issue, their stay with border guards turns out to be longer than allowed, Mayorkas admitted.

“The Border Patrol facilities have become crowded with children and the 72-hour timeframe for the transfer of children from the Border Patrol to HHS is not always met,” the official stated.

Mayorkas also pinned the blame for the whole situation on the previous administration.

“The prior administration completely dismantled the asylum system. The system was gutted, facilities were closed, and they cruelly expelled young children into the hands of traffickers,” the DHS boss said.

The coronavirus pandemic had further complicated the situation at the border. “There are restrictions and protocols that need to be followed. The physical distancing protocol, for example, imposes space and other limitations on our facilities and operations,” Mayorkas explained.