Home / WORLD / US senators want to boot out 300 Russian diplomats over embassy row, but Moscow says it doesn’t even have that many in Washington

US senators want to boot out 300 Russian diplomats over embassy row, but Moscow says it doesn’t even have that many in Washington 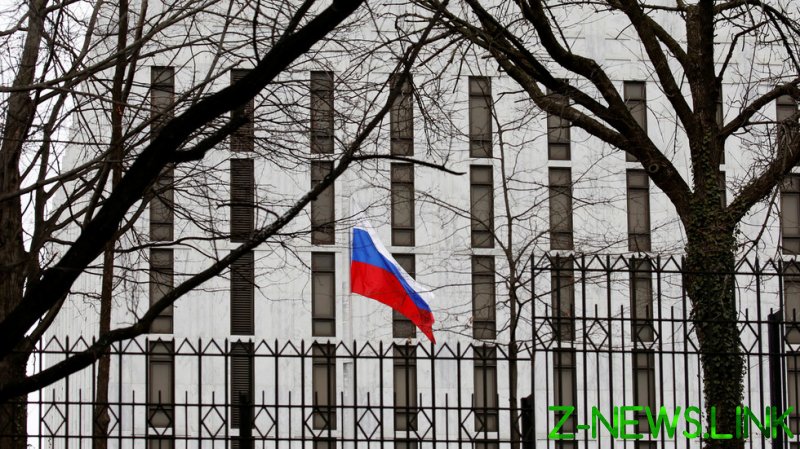 “There aren’t even that many Russian diplomats in Washington,” the Foreign Ministry stated. “Those who propose such steps are apparently pushing for the closure of American offices in Russia. They should understand that the responsibility for this will be theirs.”

On Tuesday, Senators Bob Menendez, Marco Rubio, Mark Warner and Jim Risch wrote a letter to Biden, urging him to take “immediate action to increase staffing at the US embassy in Moscow.” The American mission has been faced with a personnel shortage since the US was listed on Moscow’s official list of ‘unfriendly countries,’ meaning that it is banned from employing locals.

However, according to Moscow, there are not as many Russians working in Washington as the politicians think. Overall, there are about 400 people working in Russian diplomatic missions in the United States, with about 150 working at the UN. The US cannot expel these people.

Last month, Russian Deputy Foreign Minister Sergey Ryabkov told the newspaper Kommersant that Moscow would not issue visas to US diplomats because Washington is doing the same thing.

“Since visas are not issued to our people who have to go to replace those working in the US, we do not issue visas to US employees, according to the natural rule of reciprocity,” he said.

However, Ryabkov proposed a “complete nullification of this whole situation,” suggesting the countries “start everything from scratch.”