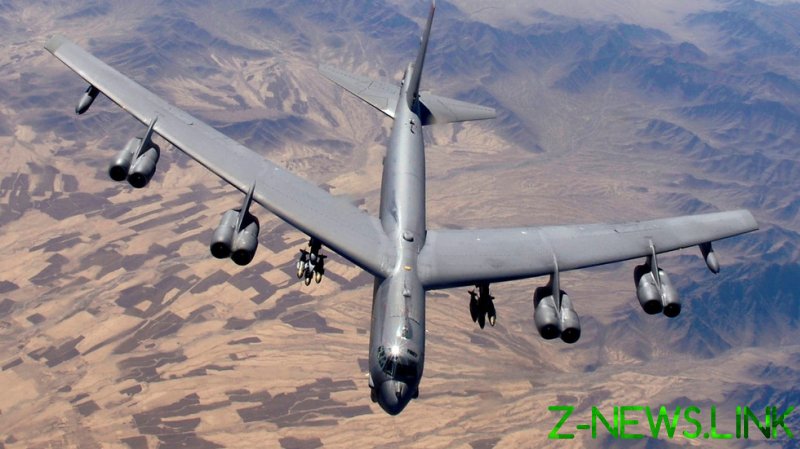 “I believe that we have become far too comfortable with the United States engaging in military interventions all over the world, and the time is long overdue for Congress to reassert its constitutional role in matters of war and peace,” Senator Sanders said in a press release announcing the new bill.

The lawmakers said the Act has three main goals: clarifying and amending the original War Powers Resolution; reforming arms export regulations in a way that would require Congress to “affirmatively authorize” certain foreign weapons sales; and altering rules around national emergencies to prevent presidents from “exploiting a crisis to increase executive authority.”

Enacted in 1973 during the Vietnam War, the War Powers Resolution was meant to place a check on the White House’s ability to commit the country to armed conflict without lawmakers’ consent. However, as the US Constitution specifies that Congress must declare wars, the Resolution effectively watered down that provision, allowing for armed action with a mere “Authorization for the Use of Military Force” (AUMF), which falls short of an outright declaration.

The new legislation would define key terms left unclear in the original War Powers Resolution, namely the meaning of “hostilities.” The senators said the word “has been interpreted so narrowly by the Executive branch that key aspects of the [War Powers Resolution] became almost meaningless.”

The bill would also add “teeth” to the Resolution by automatically cutting off war funding unless the president secures Congressional approval, the senators said. While lawmakers currently require a veto-proof majority to terminate unauthorized military action, the bill would instead force the White House to obtain “specific statutory authorization” to keep a war going.

Congress has not formally declared war since 1942, when it greenlit operations against Nazi-allied Hungary, Romania and Bulgaria. American wars and interventions since have relied on various forms of AUMFs, such as the Vietnam-era Gulf of Tonkin Resolution, or the 2001 measure that authorized action against the perpetrators of the 9/11 attacks (it has since been invoked for armed missions in at least 14 countries).

Though several older authorizations remain on the books – including those from 1991, 2001 and 2002, as well as a 1957 AUMF authorizing action against “international communism” – the National Security Powers Act would “sunset” those measures.

While the Act primarily focuses on presidential war powers, it also seeks to limit executive authority on foreign arms deals and the use of national emergencies.

The bill would force the White House to get ‘affirmative’ approval for weapons sales that exceed a certain dollar amount, reversing the current rules which require a significant majority of lawmakers to block a sale. It will also limit the president’s use of national emergency declarations, which the senators said can “unlock a vast array of ‘emergency powers.” They noted that 37 such national emergencies remain in force, some originating in the 1970s.

The new legislation comes amid other attempts to restrain executive war powers, including a series of bills aiming to repeal several existing AUMFs. While both chambers passed a bipartisan measure in 2019 that would have forced the end to US involvement in Saudi Arabia’s bombing campaign in Yemen, then-President Trump ultimately vetoed the bill. It marked the first time Congress attempted to invoke the War Powers Resolution to end a foreign conflict since it was passed nearly a half-century earlier.