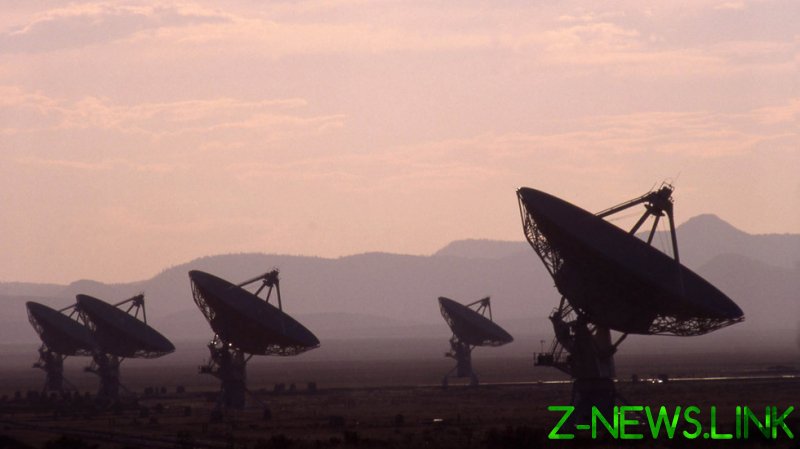 There have been more than 130 instances of the mysterious illness – which first came to light in 2016 at the American embassy in Cuba – reported among US officials stationed overseas and stateside, according to a release from the office of bill co-author Senator Susan Collins (R-Maine). The release claims that the injuries were “from likely directed energy attacks in Cuba, China, and elsewhere.”

“American personnel who have undergone these attacks while serving our country should be treated the same way we would treat a soldier who suffered a traumatic injury on the battlefield,” Collins said, adding that a “whole-of-government approach” was needed to determine what the “weapon” in question is, in order to prevent “future attacks.”

The legislation affords the CIA director and the secretary of state additional funds to support employees with brain injuries. It also requires both the CIA and the State Department to keep Congress in the loop as to the usage of the funds – seen as indicative of lawmakers’ frustrations over a perceived failure of intelligence bodies to properly address the matter.

The bill was co-authored by Senator Jeanne Shaheen (D-New Hampshire), as well as Senate Intelligence Committee chair Mark Warner (D-Virginia) and the committee’s vice-chair Marco Rubio (R-Florida). Warner and Rubio have previously pledged to “get to the bottom” of these attacks and “hold (those responsible) accountable.”

A companion bill to the HAVANA act has also been introduced by a bipartisan group of lawmakers led by House Intelligence Committee Chairman Adam Schiff (D-California) and Representative Devin Nunes (R-California).

Last month, a group of US government officials experiencing symptoms consistent with the syndrome – calling themselves “Victims of Hostile Action in Cuba and China” – sent a letter to Deputy State Secretary Brian McKeon, alleging that the State Department had continued to “reject scientific evidence regarding the injuries and treatment needs” and “invalidate our injuries and experiences.”

While the exact cause of the injuries is currently unknown, a range of theories has been floated, including the possibility of directed microwave radiation attacks by US adversaries, infectious diseases, exposure to fumigation pesticides and even noises made by a species of cricket.

In December, a National Academies of Sciences, Engineering, and Medicine (NASEM) report on the syndrome commissioned by the State Department concluded that “directed, pulsed radio frequency energy” was the “most plausible” explanation behind the onset of illness.

The report did not rule out other possibilities, however, saying that a “multiplicity of factors” could be at play and noted “grave concerns” about “disinhibited malevolent actors” targeting US personnel.

Despite the lack of solid evidence, the study offered another opportunity for US media to pin the blame for the mystery illness on a familiar bogeyman, with a number of outlets quoting unnamed intelligence sources to assert that shadowy, secretive agencies in Russia were behind the alleged attacks.