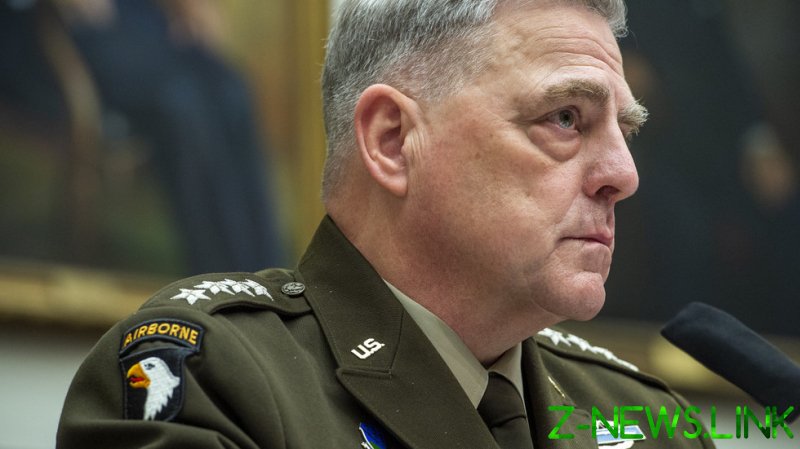 Speaking during the Aspen Security Forum on Wednesday, the chairman of the Joint Chiefs of Staff, General Mark Milley, said the Pentagon had noticed a “significant amount of military movement on the Russian side of the Ukrainian border.”

The US has observed “nothing overtly aggressive” on Russia’s part, Milley added.

The remark comes after Moscow dismissed renewed claims of an alleged military buildup on the Ukrainian border, spread by US media outlets over the weekend. On Tuesday, Kremlin Spokesman Dmitry Peskov branded the publications as “low-quality rubbish,” mocking the satellite imagery touted as proof of the alleged movements. The locations pictured were actually closer to the border with Belarus, he said.

“The movement of some of our military equipment or army units across the territory of the Russian Federation is exclusively our business,” Peskov stressed. “Russia has never threatened anyone, does not threaten, and does not pose a danger to anyone.”

Ukraine has repeatedly made allegations of a military buildup on its border, and even warned of impending invasions that never materialized. Kiev sent somewhat mixed signals over the latest news this week. On Monday, the Ukrainian Defense Ministry said that “an additional transfer of Russian units, weapons, and military equipment to the state border of Ukraine was not recorded.”

However, late on Tuesday, Ukraine again sounded the alarm over Russian troops staying “close” to the country’s borders following the recent large-scale drills. Some 90,000 troops with Russia’s 41st Army remain stationed about 260km (160 miles) from the border with Ukraine, the ministry claimed.

Russia and Ukraine share a roughly 3,000-kilometer (1,860-mile) border, including by land and by sea.