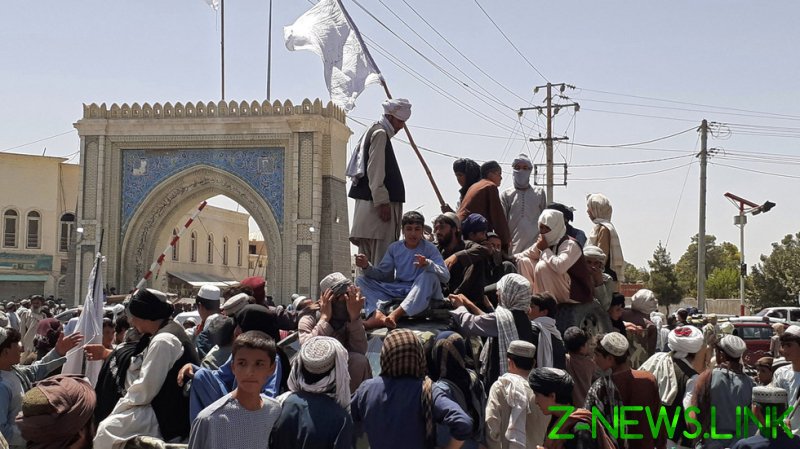 “It is a very dark day in Afghanistan. Take care of yourself. It might require avoiding the news,” Jennifer Cafarella wrote to her colleagues on Thursday. “We can & should bear witness. But it does not require self harm. Triggering PTSD symptoms or new trauma does not help Afghans.”

Cafarella follows that with a list of helpful suggestions, such as not sharing “images or links to images that are likely to cause trauma” such as the fall of Kabul, Taliban executions of Afghan officials, or anything “Saigon-like” – a reference to the 1975 collapse of the US-backed regime in South Vietnam.

Why should anyone care what “Jenny” thinks? After all, she just happens to be a national security fellow at the Institute for Study of War – a major US think tank – as well as a fellow at the International Centre for the Study of Radicalisation (ICSR), based at the Department of War Studies at King’s College London; and a visiting fellow at the National Security Institute at the George Mason University in Virginia. In other words, one doesn’t get much more emblematic of the transatlantic “national” security establishment, short of being an actual Pentagon employee.

One might argue that she’s an exception rather than the rule, but look around. Do you see any self-examination, much less contrition, from anyone involved in the 20-year fiasco that has been Afghanistan? No? Precisely. As the whole house of cards comes down, everyone’s looking away.

Thing is, they shouldn’t. “Jenny” and her colleagues – the entire “security” establishment that came up with the notion of “humanitarian” wars, nation-building and perpetual war for the “end of history” that only resulted in a re-run of Vietnam – they shouldn’t get the luxury of looking away.

For one thing, because that was not an option for the countless people that their clever plans and brilliant ideas got killed, maimed, displaced or driven insane. For another, because if they don’t watch in horror at what they wrought, they might – no, scratch that, they will – do it all over again, somewhere else.

After all, they learned absolutely nothing from Vietnam and repeated every single mistake 25 years later in Afghanistan, for another two decades to boot. Largely ignorant of how wars look up close – because they get the poor to fight them – and safely ensconced in their academic sinecures, they think of the world as a grand chessboard and themselves as moving the pawns.

Perhaps the only way for them to learn would be to strap them into chairs, ‘Clockwork Orange’ style, and make them watch the images coming out of Afghanistan, however “triggering” they might be. And they should thank their lucky stars the American empire doesn’t believe in the practice of its British predecessor of shooting admirals pour encourager les autres.

The Taliban are now within 30 miles of Kabul, and could take it tomorrow – or wait until September 11, just to twist the knife some more. The choice is theirs, and nothing the US military does is poised to make the slightest bit of difference.