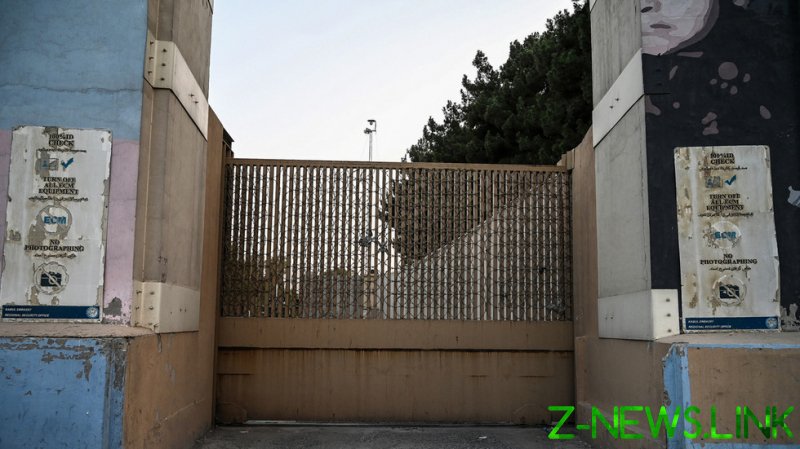 “We can confirm that the safe evacuation of all Embassy personnel is now complete,” State Dept spokesman Ned Price said late on Sunday.

The hasty evacuation of the US embassy workers and local personnel was prompted by the rapid advances of the Taliban that entered Kabul on Sunday, declaring the victory in the 20-year war as the US-backed Afghan president fled the country.

The American flag was taken off from the embassy and has been evacuated together with the embassy staffers hunkering down in the airport, AP reported, citing a State Department official.

As the militants were taking over a range of key locations in the city, including the presidential palace, thousands of Afghans rushed to the Hamid Karzai International Airport in the hope to board commercial flights. The exodus resulted in massive traffic jams and chaotic scenes that played out at the airport. At one point, gunshots rang out at the premises, prompting suspension of all commercial air traffic while the evacuation proceeded in the military part of the airport.

Amid fears the situation will spiral out of control, the US said it would deploy an additional 1,000 servicemen to secure the airport’s perimeter within the next 2 days to allow for evacuation of American citizens and Afghan allies. The move would bring the number of US troops involved in assisting an “orderly and safe drawdown of US personnel” to 6,000.

Late on Sunday, the US State Department announced that the airport had been secured by the US forces.

“All Embassy personnel are located on the premises of Hamid Karzai International Airport, whose perimeter is secured by the U.S. Military,” Price said.

In one of the first statements after taking power The Taliban vowed to ensure safety of international citizens and diplomatic missions. Speaking to Al Jazeera Mubasher TV from within the palace, a Taliban spokesman said that the group would not seek confrontation with foreign powers, warning them against invading Afghanistan and pledged to engage in dialogue to alleviate “concerns” of the international community.