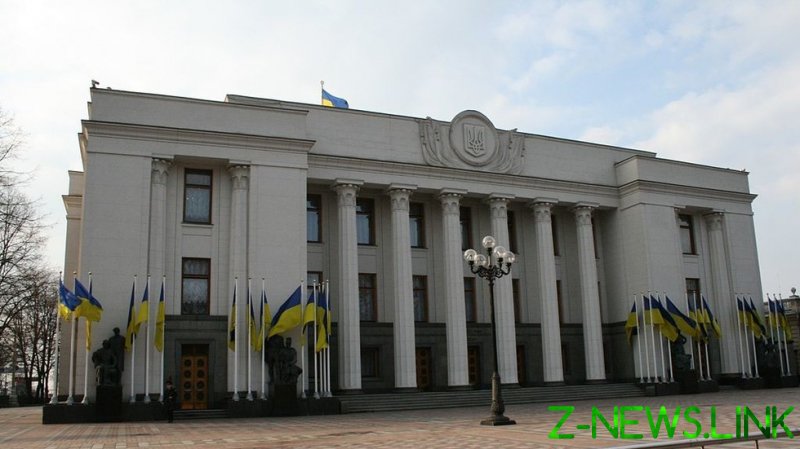 The US Treasury Department on Thursday sanctioned two Ukrainian MPs – Taras Kozak and Oleg Voloshyn – and two former officials – Volodymyr Oliynyk and Vladimir Sivkovich, accusing them of participating in a Moscow-backed conspiracy to destabilize the pro-Western government of Volodymyr Zelensky

“Russia has directed its intelligence services to recruit current and former Ukrainian government officials to prepare to take over the government of Ukraine and to control Ukraine’s critical infrastructure with an occupying Russian force,” read a statement from the Treasury, which followed the White House’s line that Russia is preparing to invade Ukraine.

Kozak, who owns several news networks and has already been sanctioned by Zelensky, is accused of using these outlets to criticize Zelensky, but the Treasury Department justified the sanctions against him by accusing him of spreading “false narratives” about the 2020 US election.

Kozak is a member of ‘For Life’, Ukraine’s largest opposition party. The party is headed by Victor Medvedchuk, who was already sanctioned by the US for siding with Moscow while Crimea rejoined Russia in 2014. Both men have been accused of treason by Zelensky and were sanctioned last year, in a move that the UN High Commissioner for Human Rights condemned as a politically-motivated attack on free speech.

Medvedchuk is currently under house arrest, on the charges, which he claims are politically motivated.

Voloshyn is accused by the US of working with “Russian actors to undermine Ukrainian government officials and advocate on behalf of Russia,” and of attempting to influence US elections.

The former officials, Olinyk and Sikovich, are accused of gathering information on behalf of Russia’s FSB security service.

Tensions between Washington and Moscow remain at boiling point over Ukraine. At the core of the crisis is the issue of NATO expansion: the US insists that Ukraine should be free to join the Western military alliance, while the Kremlin considers the idea of NATO troops and arms on its border unacceptable. Discussions aimed at resolving the crisis remain deadlocked, and the US is claiming that Russian President Vladimir Putin is preparing an invasion.

In response to this alleged threat, which Russia has denied, the Biden administration is threatening further sanctions, and weighing the possibility of arming anti-Russia factions within Ukraine.