US-Russia ties ‘on the brink’ – Moscow 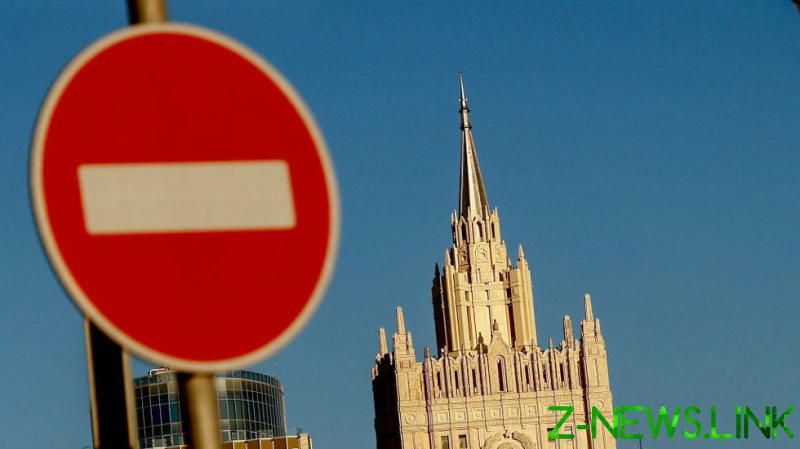 The “unacceptable” remarks of the US President Joe Biden about his Russian counterpart Vladimir Putin have left the bilateral relations between the countries “on the brink of collapse,” Russia’s Foreign Ministry has said.

The ministry was referring to comments made last week by Biden calling Putin a “war criminal,” a “murderous dictator” and “a pure thug” in response to Russia’s military offensive in Ukraine. On Monday, the US Ambassador in Moscow John Sullivan was summoned to the foreign ministry there, and “was handed a note of protest” over Biden’s “unacceptable” statements.

Such statements by the US president are “unworthy of a statesman of such a high rank” and have brought US-Russia relations to “the brink of collapse,” the ministry said in a statement on Monday.

“Hostile actions taken against Russia” will be met with “a decisive and firm rebuff,” it added.

The foreign ministry also issued a call on the US to ensure “normal working conditions for Russian diplomatic missions in the United States, including guarantees for their uninterrupted functioning.”

The note of protest came a few days after Kremlin spokesperson Dmitry Peskov commented on the “personal insults” to Putin. Peskov said that such rhetoric was “unacceptable and unforgivable” from the president of a state, “whose bombs killed hundreds of thousands of people around the world.”

The Kremlin spokesperson later said that Biden’s “irritability” and “forgetfulness” was leading to “aggressive statements.”

Moscow attacked Ukraine in late February, following a seven-year standoff over Ukraine’s failure to implement the terms of the Minsk agreements, and Russia’s eventual recognition of the Donbass republics with capitals in Donetsk and Lugansk. The German- and French-brokered protocols had been designed to regularize the status of those regions within the Ukrainian state.