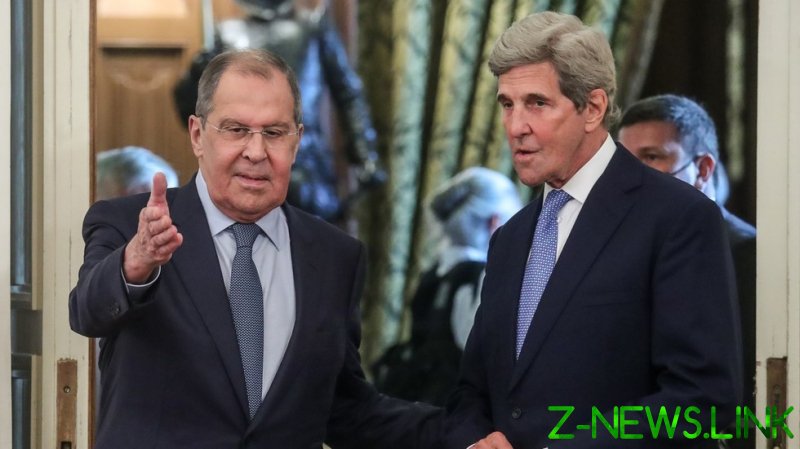 The joint acknowledgement of cooperation came after Russian Foreign Minister Sergey Lavrov and US climate change envoy John Kerry met in Moscow on Monday as part of the American’s four-day trip to the capital. Kerry is the highest-ranking official from President Joe Biden’s administration to have visited Russia since his January inauguration.

After the meeting, both officials were optimistic about how the countries, two of the world’s biggest emitters of greenhouse gases, could work together for the future of the environment.

In particular, Kerry told Lavrov that Washington wanted to work with Moscow before the upcoming landmark UN climate change conference taking place in Glasgow in November.

“We are pleased that Russia wants now to take steps, additional steps, because your country is impacted [by climate change], obviously. And we believe that there is space for us to cooperate on this,” he said.

There remain certain disagreements between the two countries, but the climate agenda must be discussed separately, Kerry explained, also noting that he had discussed “worse” things with Lavrov in the past, such as nuclear weapons.

Following the meeting, the envoy wrote on Twitter that the meeting had been a “good start.”

Lavrov, in turn, noted that he believed Kerry’s visit to be a positive sign for the future of Russo-American relations.

“I consider your visit to Moscow to be very timely,” the foreign minister said. “I also consider your visit to be an important and positive signal for the development of our bilateral relations, for alleviating the tension, and establishing substantive and professional work in the areas where we can find common ground.”

Last month, during President Vladimir Putin’s annual ‘Direct Line’ call-in show, the Russian leader suggested that climate change was affecting Russia faster than many other countries in the world, and called on the country to prepare for severe social and economic consequences caused by global warming.