Home / WORLD / US responds to claim of submarine in Russian waters

US responds to claim of submarine in Russian waters 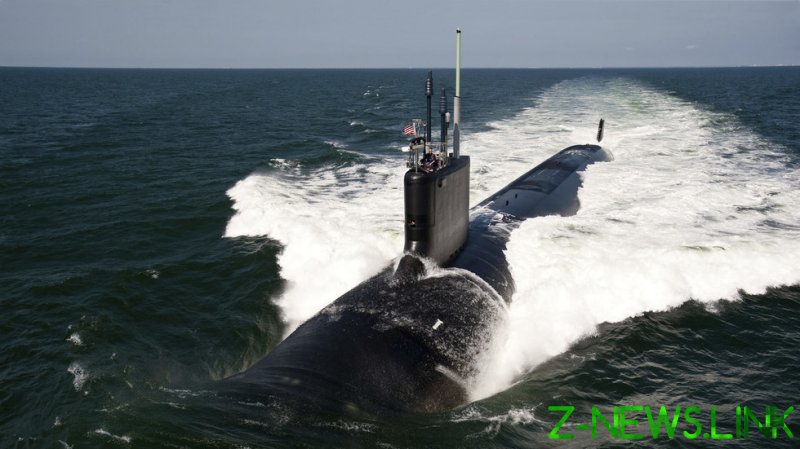 The US Navy has denied claims that one of its nuclear-powered submarines violated Russia’s territorial waters amid rising geopolitical tensions between the countries. “There is no truth to the Russian claims of our operations in their territorial waters,” US Navy Captain Kyle Raines said in a statement cited by Reuters on Saturday.

However, while issuing the denial on Saturday, the US Indo-Pacific Command spokesman declined to say where US submarines were operating. “I will not comment on the precise location of our submarines, but we do fly, sail and operate safely in international waters,” Raines said.

Russia’s Defense Ministry said earlier on Saturday that a US Virginia-class nuclear-powered attack submarine was found submerged in waters off the Kuril Islands while Moscow’s Pacific Fleet was holding exercises in the area. Russian vessels ordered the submarine’s crew to surface immediately, but they ignored those messages, the Russian military said. The destroyer Marshal Shaposhnikov was deployed to chase away the sub, which used an active radar decoy and left the area at full speed, according to the ministry.

The Russian ministry called the incident a major violation of international law that created a threat to Russia’s national security. Shortly after the alleged encounter, Russian officials summoned a US military attaché to explain the incident.

Virginia-class submarines are armed with cruise and anti-ship missiles, as well as Mark 48 torpedoes. The US Navy touts them as employing the latest in “stealth, intelligence-gathering and weapons-systems technology.” Costing about $3.5 billion each to build, the vessels are frequently used for surveillance, reconnaissance and intelligence-gathering.

The alleged incursion came on the same day that Russian President Vladimir Putin and US President Joe Biden spoke by phone over escalating tensions in Ukraine. The Biden administration has warned for weeks of a potentially imminent Russian invasion of Ukraine, while Moscow has said it has no plans to launch an attack.