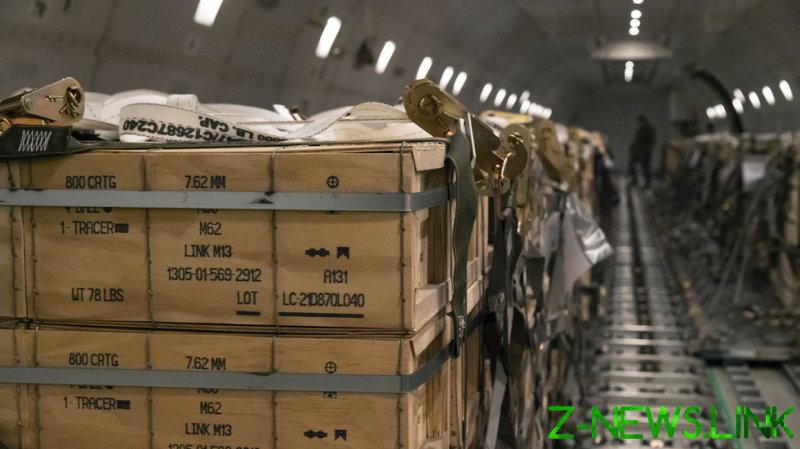 Republicans in the US House of Representatives are increasingly divided over Washington’s aid pipeline to Ukraine, with establishment politicians touting a “proxy war” with Russia while members of the populist Freedom Caucus argue that Congress is neglecting domestic priorities while provoking a nuclear-armed adversary.

The infighting escalated as the House passed a $39.8 billion military and economic aid package for Kiev. While Democrats voted in lockstep to support the spending binge, 57 Republicans gave the plan a thumbs-down. Representative Dan Crenshaw (R-Texas), who was among the 149 GOP members who voted yes, followed up on Wednesday by saying that “Investing in the destruction of our adversary’s military without losing a single American troop strikes me as a good idea.”

Rep. Marjorie Taylor Greene (R-Georgia) shot back that Crenshaw was pushing a “proxy war.” She added, “You speak as if Ukrainian lives should be thrown away, as if they have no value, just used and thrown away. For your proxy war? How does that help Americans? How does any of this help?”

By playing the Russia card, Crenshaw essentially echoed the Democratic response to Greene when she spoke out against the Ukraine aid bill on Tuesday on the House floor. After Greene pointed out that Congress was neglecting such domestic crises as surging illegal immigration at the southern US border and a severe shortage of baby formula, Rep. Jamie Raskin (D-Maryland) accused her of repeating Russian President Vladimir Putin’s “propaganda.” 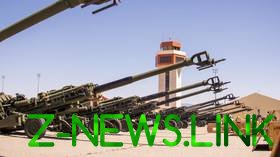 Greene wasn’t the only one speaking out against Washington’s Ukraine policy. For example, Rep. Matt Gaetz (R-Florida) argued that by ramping up aid to Ukraine and sanctions against Moscow, President Joe Biden’s administration is “sleepwalking” into a direct war with Russia while leaving Americans “in the dark.”

“It’s as if the administration is probing Putin’s nuclear red line,” Gaetz said on Wednesday. “A game of chicken between nuclear powers is insane, and this from Joe Biden, who campaigned to be America’s calming sedative.” He added that US weapons are winding up in the hands of neo-Nazi ‘Azov’ fighters, even as Democrats go on a “daily snipe hunt” for white supremacy in the US.

“Just a year ago, we lost a war against goat herders waving rifles,” Gaetz said. “Now we’re rushing to fight a nation that possesses 6,000 nuclear warheads.”

Gaetz noted that Rep. Seth Moulton (D-Massachusetts) asserted last week that the US is already “fundamentally at war” with Russia.

“Then why not vote on an Authorization to Use Military Force?” Gaetz asked. “Or are we just going to operate in Ukraine like we have in Yemen and throughout the world – forever undeclared wars.”

Other conservative Republicans, such as Chip Roy (R-Texas), pointed out that the massive Ukraine aid bill was given to lawmakers just a few hours before the vote was scheduled.

“Why don’t we actually have a debate on the floor of the people’s House instead of the garbage of getting a $40 billion bill at 3 o’clock in the afternoon – not paid for, without any idea what’s really in it, with a massive slush fund that goes to the State Department?” Roy said. “We’ve got $40 billion that is unpaid for, and you want to sit here and lecture this body about what we’re going to do or not do about standing alongside Ukraine?”

Like other Freedom Caucus members, Roy said Congress was ignoring more important issues, such as “wide-open borders, the inflation that’s killing people, the jobs that people can’t get because of the costs of goods and services in this country.”

“We’ve got a baby formula shortage at home, inflation that is crushing working families and a president that is beholden to nearly all of our adversaries,” said Rep. Lauren Boebert (R-Colorado). “I’d say there are a few problems closer to home that we need to solve.”