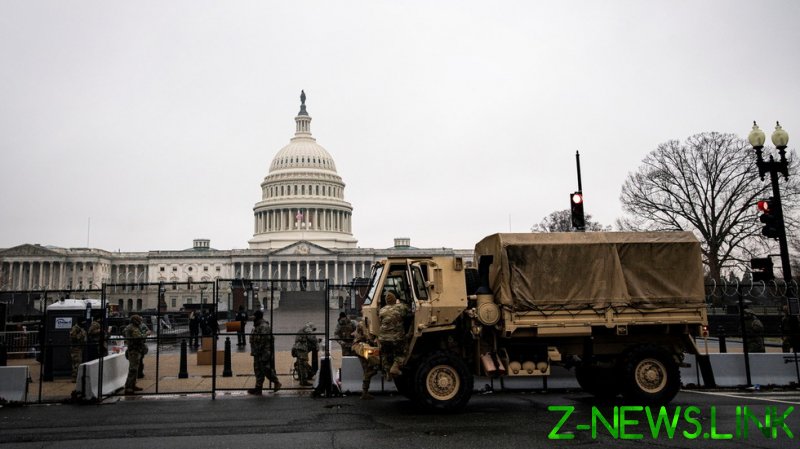 The National Terrorism Advisory System (NTAS) Bulletin issued Wednesday warns that “some ideologically-motivated violent extremists with objections to the exercise of governmental authority and the presidential transition, as well as other perceived grievances fueled by false narratives, could continue to mobilize to incite or commit violence.”

The DHS claims that “some” domestic violent extremists (DVE) “may be emboldened” by the January 6 “breach” of the US Capitol to “target elected officials and government facilities.”

In the accompanying press release, the DHS admits it “does not have any information to indicate a specific, credible plot” but that “violent riots have continued in recent days” – likely a reference to the ongoing violence in Portland, Oregon and Seattle, Washington perpetrated by ‘Antifa’ activists, as no riots by supporters of the former President Donald Trump have materialized.

The alleged threat of a “huge uprising” by Trump supporters following the Capitol riot, supposedly from a FBI bulletin that was never made public, was cited as justification for deploying 25,000 National Guard troops in Washington, DC and holding Biden’s inauguration in front of an empty National Mall. Not only was there no uprising, there were hardly any demonstrators, whether in DC or in any other US state capital.

In Wednesday’s bulletin, the DHS also cited the “misinformation and conspiracy theories” about Covid-19 that allegedly drove “threats of violence against critical infrastructure, including the electric, telecommunications and healthcare” in 2020, as justification for their assessment.

There is little doubt the bulk of the “threat” is seen as political, however. The hypothetical threat of violence in response to the Democrats’ push to impeach Trump for the second time has already been cited to extend the deployment of 5,000 National Guard troops in Washington through the end of March.

Homeland Security urged Americans to report anything and anyone suspicious to the authorities, “choose non-violent ways to make your voice heard,” and “strengthen your community by standing together against violence.”

While implying that people who had doubts about the 2020 presidential election are potential domestic terrorists, the DHS also declared it was committed to preventing violence and threats against people “on the basis of their religion, race, ethnicity, identity or political views.”