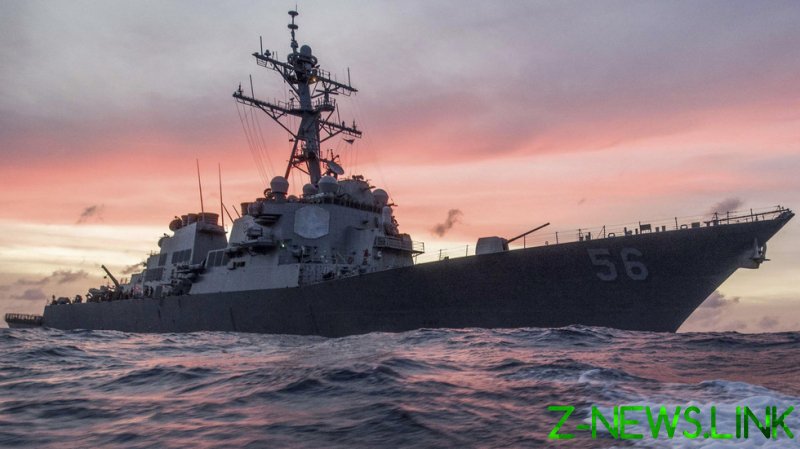 General Vladimir Kulishov, the first deputy director of the FSB and head of its border service, told RIA Novosti that Washington’s efforts to challenge Russian sovereignty over the Peter the Great gulf off the Sea of Japan (also called the East Sea) were without foundation. “America’s claims are not justified by international law,” he said.

At the same time, Kulishov slammed an incident in November last year, when the US Navy destroyer John McCain was intercepted inside Russian territorial waters, as “a violation of the state border of the Russian Federation.”

The submarine-hunting warship was picked up two kilometers inside what Moscow considers to be its frontier. A statement from Russian officials at the time said that the vessel had “violated” the border, and that the American vessel had been “warned of the unacceptability of its actions” by the Udaloy-class destroyer Admiral Vinogradov, which had been tailing it. The missive added that sailors had told the US ship that there was the “potential of resorting to ramming to force the trespasser out of the territory.”

However, the American navy insisted that its so-called “freedom-of-navigation operation upheld the rights, freedoms, and lawful uses of the sea recognized in international law by challenging Russia’s excessive maritime claims.”

Washington insists that Peter the Great Bay, where the McCain was sailing, was illegally claimed by the USSR in 1984. Ever since, Moscow has stuck by the Soviet demarcation of the waters, which was determined by drawing a straight line between both sides of its coastline.

Kulishov added that “we are taking measures to suppress any provocative actions in strict accordance within the norms of international law and Russian legislation.”