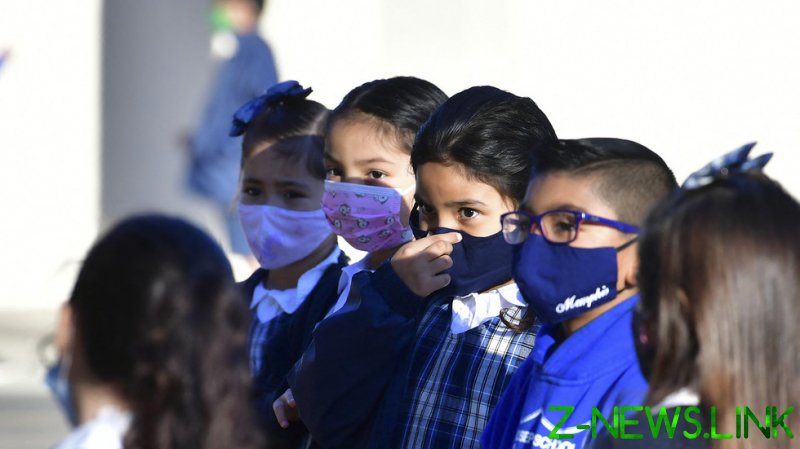 Riding on a wave of the “fiery but mostly peaceful protests” that accompanied the death of George Floyd at the hands of a white police officer, students in the US public school system are about to receive a noxious dose of what critics call “state-sanctioned racism” mixed into their regular curriculum.

This week, the National Education Association (NEA), which represents some three million public-school employees, voted to push Critical Race Theory (CRT), which teaches that America is plagued by “systemic racism” and that white people enjoy advantages in life due to their inborn “privilege,” in 14,000 local school districts across all 50 states. The move has enraged Americans on both sides of the political aisle, who say the race-based ideology, grounded in Cultural Marxism, has no place in the classroom or the country.

Entitled New Business Item 39, the document (which the NEA has since scrubbed from its website following public backlash) lays out a plan to provide “an already-created, in-depth, study that critiques empire, white supremacy, anti-Blackness, anti-Indigeneity, racism, patriarchy, cisheteropatriarchy, capitalism, ableism, anthropocentrism, and other forms of power and oppression at the intersections of our society,” and emphasizes the union’s opposition to “attempts to ban critical race theory and/or The 1619 Project.”

What is so disturbing about this mind grab on the part of taxpayer-funded educators is that a new YouGov poll reported that 58% of Americans were adamantly opposed to the teachings of CRT, with just 38% saying they supported it. Other polls, detailing specific aspects of the ideology, showed even higher rates of disfavor. Meanwhile, five states – Idaho, Iowa, Oklahoma, Texas and Tennessee – have passed legislation banning the teaching of critical race theory in schools. Dozens of other states are now proposing similar bans.

At the same time, the American people are not passively expressing their disfavor with CRT by participating in public opinion polls only. Rather, they are showing up in droves at local school board meetings to voice their frustration and anger. Keep in mind that many Americans are already at wit’s end now that lessons on alternative sexual lifestyles, including transgenderism, are being taught to their children from the youngest ages.

On the subject of critical race theory, one young girl, named Novalee, poignantly summed up the devious teaching at a school-board meeting in Minnesota: “I do not care or look at the color of skin, but you make me think of it. I have Asian, Mexican, white, Chinese, black friends and I don’t care. I like them because some of them make me laugh, some are sweet and kind, sporty, or share the love of God. They are just my friends. You have lied to me and I am very disappointed in all of you.”

Unfortunately, however, conservative critics are, once again, late to the parade. Back in July 2018, long before the world ever heard of the name ‘George Floyd,’ and the Black Lives Matter movement was just a flash grenade in the pan, the NEA had already admitted it was indoctrinating the minds of US schoolchildren with the insidious and racist creed.

Here it is, straight from the horse’s mouth, buried in the back of the report:

“The National Education Association believes that, in order to achieve racial and social justice, educators must acknowledge the existence of White supremacy culture as a primary root cause of institutional racism, structural racism, and White privilege. Additionally, the Association believes that the norms, standards, and organizational structures manifested in White supremacy culture perpetually exploit and oppress people of color and serve as detriments to racial justice. Further, the invisible racial benefits of White privilege, which are automatically conferred irrespective of wealth, gender, and other factors, severely limit opportunities for people of color and impede full achievement of racial and social justice. Therefore, the Association will actively advocate for social and educational strategies fostering the eradication of institutional racism and White privilege perpetuated by White supremacy culture.”

What is particularly shocking about that protocol, aside from its odious racist overtones, is that it was put out smack in the middle of Donald Trump’s presidency. While the Republicans were enjoying control of the White House, how in the world did such destructive educational criteria fly below the radar? When Trump was in the position to eradicate the public educational system of these Marxist influences, why didn’t he jump on the chance?

The above protocol from the NEA also strongly suggests that school administrators have been less than truthful about what is being taught to children inside of the classroom. A report earlier this month by NBC, which cites a poll by the Association of American Educators, concludes that “the panicked dialogue on critical race theory…does not reflect the reality of American classrooms.” However, considering the massive PR campaign advanced by social-justice activists, in cooperation with the largest US corporations and philanthropists, it would seem altogether impossible that the racist message did not penetrate into the classroom.

The following remarks made by Johanna Fischer, a social-studies teacher in Seattle, indicates that is exactly what has happened.

“I was already trying to be intentional about integrating discussions about race and equity into my classroom prior to the BLM protests last year,” Fischer told Crosscut. “[B]ut of course it brought a new level of awareness for many people.”

Another educator, Patricia Shelton, also admitted to injecting racial discussions into the classroom. “In Bellevue, we have been working very hard in grades 5, 8 and 11 to de-center the traditional ‘white’ perspective and to center the voices of people of color.”

And as the Tweet below demonstrates, there are endless ways that teachers can speak about controversial matters related to race while employing euphemisms or covert language to conceal their true intentions.

Already the consequences from years of relentless white-bashing are having an impact. Every single mundane activity that white people in the United States once took happily for granted – from walking their dogs to taking yoga lessons to eating out at a restaurant – is now fraught with charges of ‘white supremacy’ and privilege. Eating a meal on an outdoor patio in broad daylight practically ranks these days as an extreme sport.

What this incessant race-baiting must be doing to white nerves is anybody’s guess, but the madness has now reached the highest levels of society, where even the National Archives Rotunda, which houses the US Constitution, among other famous documents, has been ceremoniously dragged over the coals for its conspicuous celebration of whiteness.

America is now at an extremely dangerous crossroads as far as its future trajectory goes. It has two choices: a) continue down a path that has already been paved by the Cultural Marxists and ignore the fact that schoolchildren are being tutored in a racist anti-white ideology. Or, b) remain true to the original spirit and letter of the American Dream, which says that all people,no matter their race, creed or sex, are created equal and have equal rights and opportunities before the law.

This is the simplest multiple-choice question that no American can afford to answer wrong. The stakes are simply too high.