US provides Kiev with intelligence on Donbass targets – Moscow 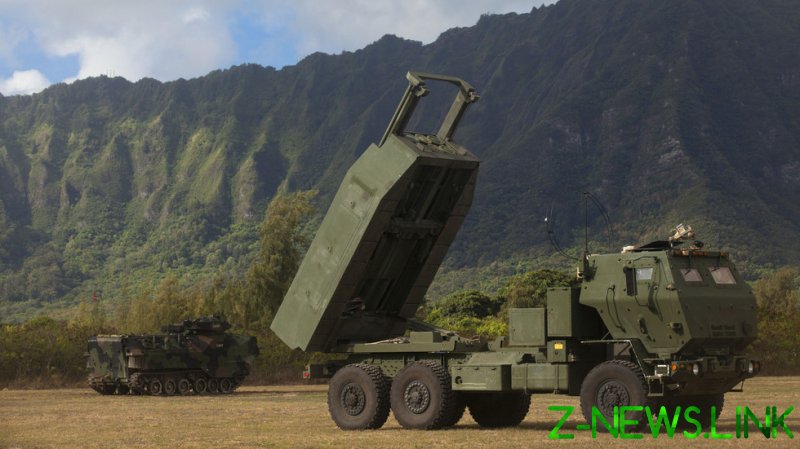 Washington has not only supplied long-range High Mobility Artillery Rocket Systems (HIMARS) to Kiev, but is also providing intelligence on targets in Donbass and has even “unofficially” sent instructors to Ukraine to help with the hardware, the Russian Foreign Ministry claimed on Thursday.

Moscow alleges that the Ukrainian government has ordered troops to shell civilians in the Lugansk and Donetsk People’s Republics with the help of the US-made weapons.

Speaking at a media briefing in Moscow, Russian Foreign Ministry spokeswoman, Maria Zakharova, said that Ukrainian forces “have used US-supplied multiple-launch rocket systems HIMARS on all fronts” of late. She added that Washington has been actively sharing intelligence on targets with Kiev, and has even “unofficially dispatched instructors, who were helping representatives of the Kiev regime to aim correctly.”

Zakharova linked the recent uptick in Ukrainian shelling with the delivery of the US-made rocket systems.

She noted that the Ukrainian military “has apparently been ordered by Kiev to use the said launchers against civilians without any hesitation.”

Also on Thursday, Russia’s Foreign Ministry issued a statement, saying that Moscow’s “operation will continue despite attempts by the US and its allies to ‘strengthen the security’ of Ukraine.”