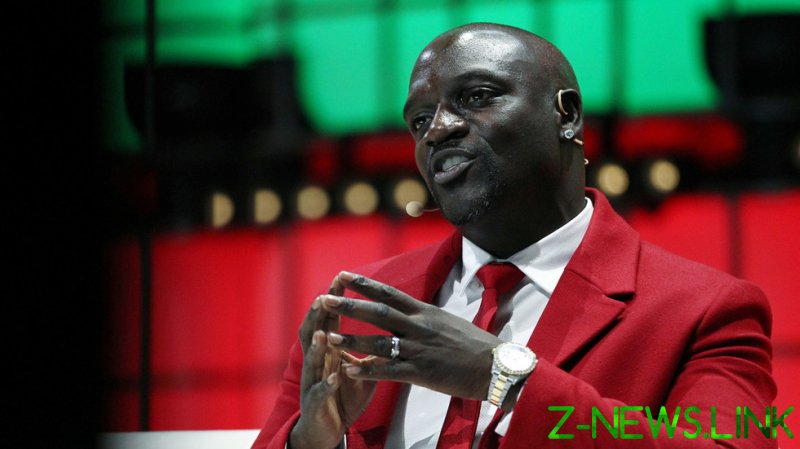 Black people in America and Europe are going through the wringer. Donald Trump seemingly has no respect for them, and other leaders like Boris Johnson and Emmanuel Macron also appear disinterested in their plight.

So that’s what makes the recent announcement of the much-hyped Akon City so heartbreaking. For those unaware, Akon is a singer born in America with Senegalese heritage. He is also a liar.The biggest hit of his career was the single, Locked Up, which spun a narrative that he’d operated a sophisticated stolen car operation that saw him facing 75 years in prison and that he’d written the lyrics while in his cell. The video depicts him in an orange jumpsuit and handcuffs.

Later, it transpired he was actually arrested for a single count of possession of a stolen BMW and only spent a short time in custody before the charges were dropped. An FBI agent involved in the case referred to the star’s portrayal of himself as a high-level criminal as “phony.”

Akon was also exposed lying about his age in interviews, making himself five years younger. When caught out, he said: “In Africa … age is not important over there. They don’t care. People only focus on it here (America) and in Europe.”

This is the mark of the man who’s officially launched his ‘futuristic city’.The concept is to create a Pan-African smart city, like the fictional African nation Wakanda from the Marvel blockbuster ‘Black Panther’. It will feature solar power, with plans showing gleaming skyscrapers alongside shopping malls.

And it appears to actually be happening, as the first stone has been laid 62 miles (99 kilometers) south of Senegal’s capital Dakar. The country’s minister for tourism Alioune Sarr said: “We are looking at Akon city to become the beginning of Africa’s future.”

Akon has confirmed he has received a third of the funding for the $6 billion scheme from unnamed donors. The singer explained the motivation is to combat racism, saying: “The system back home [in the US] treats them unfairly in so many different ways that you can never imagine. And they only go through it because they feel that there is no other way.”

While Akon is the furthest down the line with the concept, a similar idea was floated by Grand Master Jay, the leader of the all-black NFAC militia.

The idea remains disturbing. What sort of society are we if a half-baked plan from a truth-avoiding singer is seen as rescuing people from racism? We can’t countenance sweeping injustice under the carpet, and seeing people fly off to a continent they may never have been to.

A black man or woman born in London, Washington, Paris or Rome is as British, American, French or Italian as any other citizen.

The sinister aspect at play here is that some black people may be duped by Akon’s marketing spin. There will be a hotel featuring rooms decorated to reflect each of the 54 African nations, designed by a company in Dubai – a city well versed in wasteful, vapid ventures.

A key part of the initial phase is to build the ‘Senewood’ zone to boost Senegal’s film industry. Then in later phases, a hospital and police station will be added. So, what those fleeing racism need is the chance to star in a movie?

Akon also intimated that he also plans to franchise out the concept to other African countries. Does he think that black people are Disney-like characters, who want to live in real-life theme parks?

The monetary system is another baffling call, a cryptocurrency called Akoin. You could follow the logic that since Senegal’s electricity access rate is 64 percent, many people are debanked and the ease of using mobile phones makes that a shrewd move. But only a third of Senegalese have a smartphone. Plus, how would they use their funds anywhere outside Akon City? And while incomers would have smartphones and not be bound by financial limitations, does this mean the city is off-limits to locals? Or is everyone welcome?

Michael Kimani, chairman of the Blockchain Association of Kenya, has dismissed the currency idea as “pie-in-the-sky.”

This all can surely be nothing more than a cynical way to manipulate disenfranchised individuals into believing in some fake utopia.

It encourages us to all give up on equality and go back to where our ancestors came from. By that logic, the USA and Canada would be virtually deserted, and the mixing of cultures would cease. It’s a horrible idea and it’s being enacted by a black person on his own people.

Akon showed the kind of character he is in 2015 when he spoke about dealing with African leaders. He said: “In Africa, you’ve gotta manipulate them. You have to trick ‘em.”

Black people deserve much more than to be led ‘home’ by a liar and a manipulator. So let’s call Akon City what it is – a tacky heist of black people’s dignity.