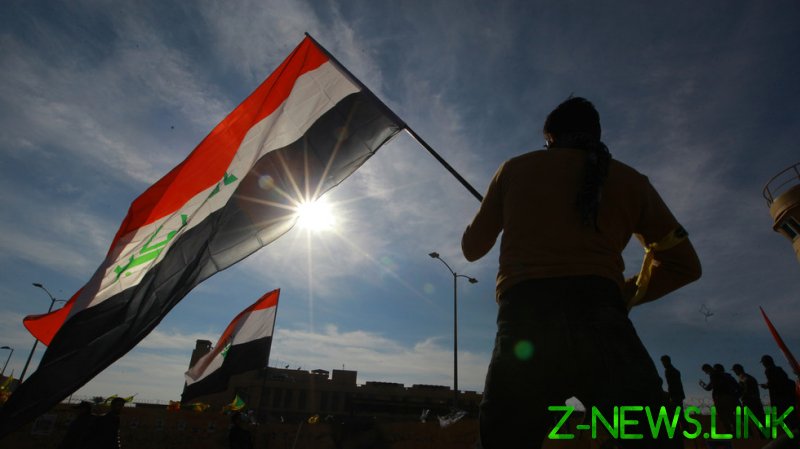 Multiple media outlets, including the Wall Street Journal, the Washington Post and Sky News, reported on Sunday that US officials told their Iraqi counterparts that Washington will shut down its operations unless there is an end to rocket attacks on the embassy, which is located in the heavily-fortified Green Zone in Baghdad.

The ultimatum was communicated to Iraqi President Barham Salih and Iraqi Prime Minister Mustafa al-Kadhimi by US Secretary of State Mike Pompeo himself, the WSJ reported, citing Iraqi and US officials.

The Washington Post reported that, if the Trump administration decides in favor of the move, it will take the embassy some 90 days to wind down its operations. Even if the embassy closes, the US will still have a consulate in Erbil.

The decision for US diplomats to leave Baghdad was reportedly taken at the behest of US President Donald Trump, the WSJ reported, citing a conversation between the US ambassador to Iraq, Matthew Tueller, and Iraqi Foreign Minister Fuad Hussein. Tueller reportedly told Hussein that the closure of the embassy will mark a new “era” in US-Iraqi relations, which have grown increasingly strained over the past year after a series of US airstrikes. These included the strike that killed Iran’s Quds Force leader, Qassem Soleimani, and Iraqi militia chief Abu Mahdi al-Muhandis in January, sparking anger in both Tehran and Baghdad.

At that time, then-interim PM of Iraq Adil Abdul Mahdi condemned Soleimani’s assassination at Baghdad airport as a “flagrant violation of Iraqi sovereignty.”

The incident prompted Iraqi MPs to pass a non-binding resolution calling for US troops to be kicked out of the country. The killing, which put the US and Iran on the brink of all-out war, also led to increased attacks by Iraqi Shia militias, with the US embassy in Baghdad becoming the prime target of rocket strikes.

Even before the assassination, which sent shockwaves across the Middle East, the US embassy had come under siege from a crowd of protesters in December, after two dozen Iraqis were killed in US airstrikes against the Iranian-backed Kataib Hezbollah militia. The showdown saw angry demonstrators set a checkpoint on fire and attempt to storm the compound.

Al-Kadhimi, a former intelligence chief, made his first foreign trip as the head of the Iraqi government to Tehran in July, before travelling to Washington for a meeting with Trump in August.

Following reports that the US is considering the closure of the embassy, al-Kadhimi’s spokesman told the Washington Post that Baghdad hopes Washington will change its mind, arguing that closing the embassy would “send a negative message” to “outlaw groups” that “try to shake” US-Iraqi relations.